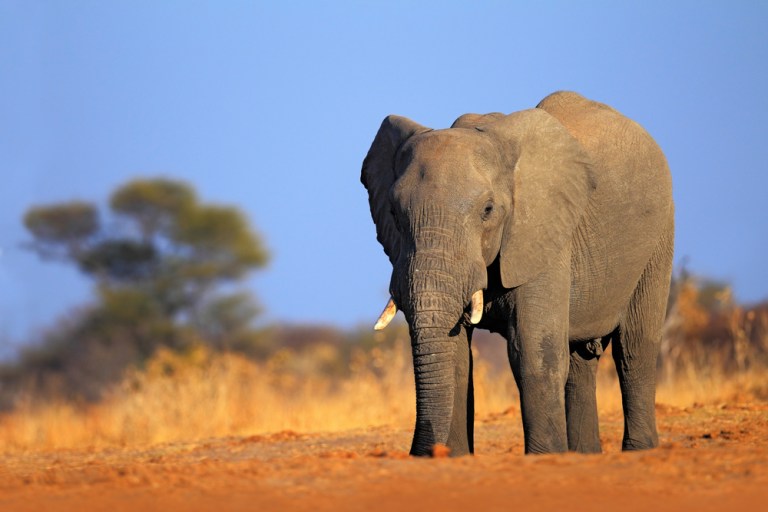 No one needs ivory but the animal born with it. Humans do not need an elephants’ tusks or the horn of a rhino. Yet, they feel entitled to it, and they go to devastating lengths to acquire it. The ivory trade operates because of hunters and poachers who brutally kill elephants in the wild for their ivory, leaving babies orphaned and scared, and driving the majestic giants to extinction.

CITES banned the international commercial trade in African elephant ivory in 1989, but there are still approved sales and governments sometimes allow imports of trophy animals despite laws that initially banned.

For two years, the Ivory-Free Canada Coalition — comprised of Humane Society International/Canada, the Jane Goodall Institute of Canada, World Elephant Day, Elephanatics, and the Global March for Elephants and Rhino-Toronto — have petitioned the federal government to “ban the import, domestic sale, and export of all elephant ivory, including hunting trophies,” HSI told One Green Planet.

But despite their petitions and the well-known brutal realities of the ivory trade, Canada will be auctioning Botswana’s first elephant hunt.

Last year, Botswana President Mokgweetsi Masisi lifted a ban on elephant hunting that had been installed six years ago. Canada should not promote, condone, or directly fund such cruelty. Deputy director of HSI Canada told us: “It is absolutely appalling that in this day and age Canada is still complicit with the slaughter of elephants for trophies. We are urgently calling on the Canadian Government to ban all trade in elephant ivory and end Canada’s role in further endangering these magnificent creatures.”

As Fran Duthie, President of Elephanatics says, large-tusked elephants are in decline and Canada is only pushing their extinction along by not banning the ivory trade federally.

Patricia Sims, Founder of World Elephant Day and President of World Elephant Society says: “The trophy hunting of elephants is atrocious and needs to be banned worldwide. Elephants are a vital keystone species, they are the caretakers of their habitats and climate change mitigators in their role of maintaining biodiversity. Killing elephants ultimately destroys habitats and Canada needs to take a stand now to ban elephant ivory and protect elephants for their survival and the health of our planet.”

Botswana is home one-third of the elephants in Africa. It’s supposed to be a safe haven, where the population can thrive, but instead they threaten to harm them more. Sign this petition urging Botswana to restore protections for their elephants!