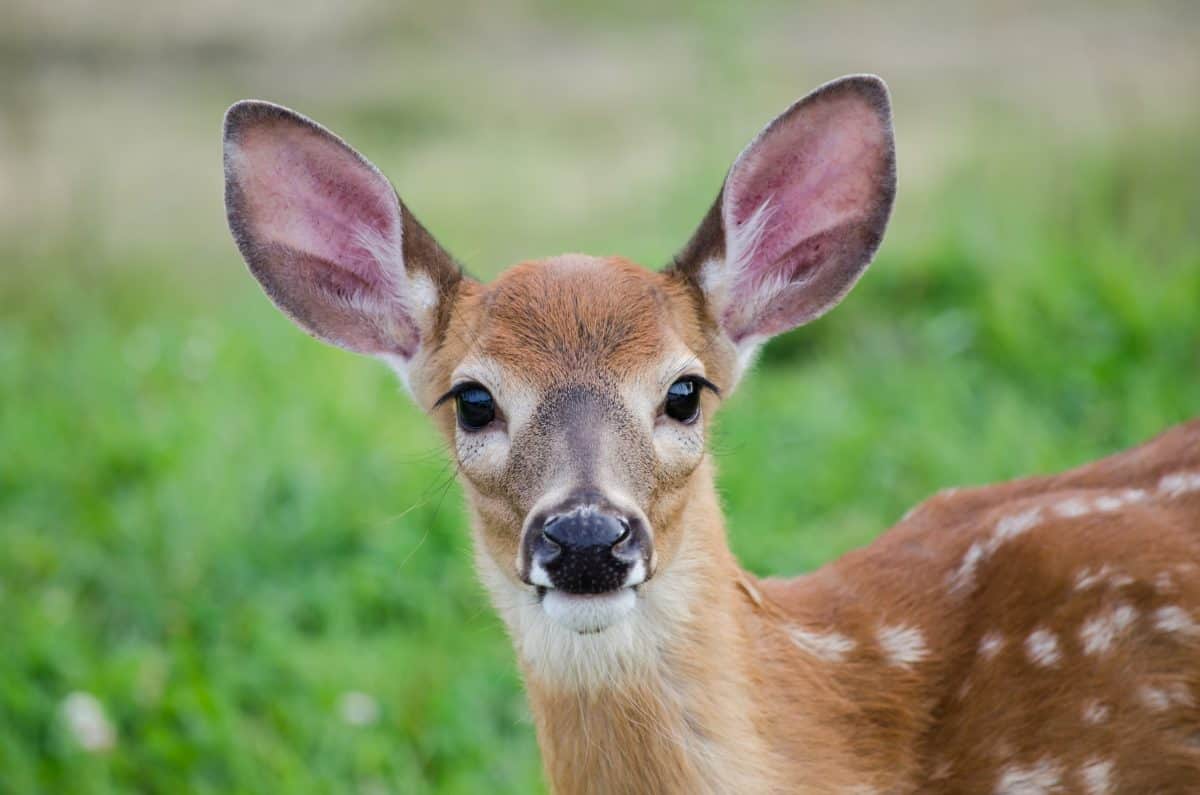 Dorn noticed that Harley was swimming with another animal, a tiny deer!

“I couldn’t find Harley this evening until I looked out on the lake. He was near the middle of the lake herding a little fawn back to the shore line.

Not sure how the fawn got out there but Harley obviously didn’t ask why, he just jumped into action,” Dorn wrote on Facebook alongside photos of the duo.

Turns out the rescue was just the beginning of a sweet friendship. Once they were out of the water, Harley began licking the fawn and attending to her.

“Harley didn’t want to leave the fawn,” Dorn tells PEOPLE. “He just kept interacting with it, licking it, caring for it.”

Dorn soon spotted the deer’s mother and the family walked into the woods. The next morning, Harley was thinking about his friend. “Harley got restless running from window to window.

I opened the front door and we could hear the fawn bleating,” Dorn wrote in his Facebook post. “Harley ran into the tree line and found the fawn,” he wrote.

“The little one stopped bleating, tail wagging, they touched noses sniffed each other and Harley came calmly back to the house with me.”