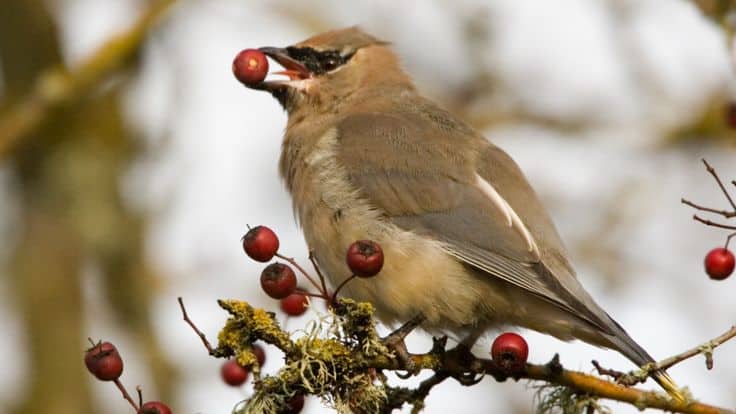 “Tipsy” birds have been flying into windows and cars after bingeing on fermented berries, police in the US have said.

The Gilbert Police Department in Minnesota has received a series of strange calls about the “confused” strangers, who appeared to be “under the influence”.

It is believed an early frost meant the berries had fermented earlier than usual, causing them to drink and fly.

In a statement, they said: “Many birds have not migrated south, so it appears to be more prevalent than in past years. It appears that some birds are getting a little more ‘tipsy’ than normal.”

Officers said younger birds could not handle toxins “as efficiently as more mature birds” before reassuring concerned residents there was no need to panic and that the animals would eventually sober up.

They said people should not alert police about birds unless they see “Bigbird operating a motor vehicle in an unsafe manner” or “Tweety acting as if 10ft tall and getting into confrontations with cats”.

She said drunk birds were “totally a thing”.

This article was first published by SkyNews.com on 05 Oct 2018.