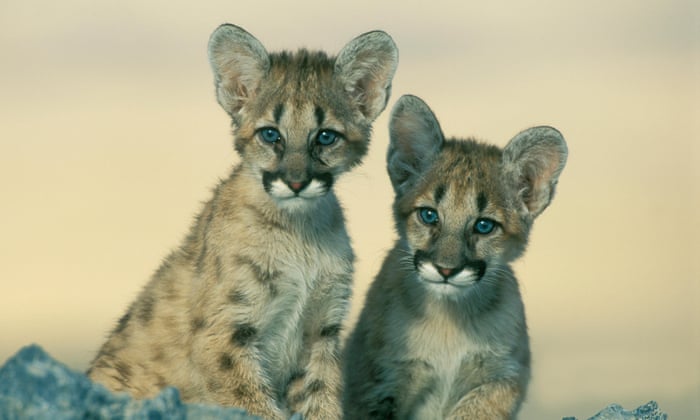 Eastern cougars that once roamed North America from Canada to South Carolina are extinct and no longer warrant federal Endangered Species Act protections, US wildlife managers have said.

The proposal to remove so-called eastern cougars from the list of endangered and threatened species comes nearly 80 years after the last of those mountain lions was believed to have been trapped and killed in New England, according to the US Fish and Wildlife Service.

Cougars, also known as panthers and pumas, were once the most widely distributed land mammal in the western hemisphere, but extermination campaigns have seen the large wild cats eliminated from roughly two-thirds of their original range, federal wildlife biologists said.

The Fish and Wildlife Service in 2011 opened an extensive review of the status of eastern cougars, cousins to mountain lions that still roam western US states and the imperilled Florida panthers.

The agency said on Tuesday the four-year review, which included information from 21 states and eastern Canadian provinces and hundreds of reports of sightings dating as far back as 1900, showed cougars are seen every so often in the US east, but they are likely Florida panthers or mountain lions that have wandered from the western United States, or which have been released or escaped from captivity.

Eastern cougars were declared endangered in 1973, even though the last known records were tied to one killed by a hunter in Maine in 1938 and another in New Brunswick, Canada, in 1932.

Government wildlife managers believe the bulk of eastern cougars – which averaged from 6ft to 8ft long (1.8m to 2.4m) and weighed from 105 to 140 pounds (48kg to 63.5kg) – disappeared in the 1800s with the arrival of European immigrants who killed the predators to protect themselves and their livestock.

Their demise also was linked to the destruction of forests for wood, which pushed the cougars’ chief prey, white-tailed deer, to near extinction, according to the Fish and Wildlife Service.

The Florida panther is the only breeding population of cougars east of the Mississippi river, the agency said.

Mountain lions that have been seen in the past two decades in the midwest and elsewhere include a lone, young male killed in 2011 on a Connecticut highway after traveling thousands of miles from South Dakota through Minnesota, Wisconsin and New York, according to the Fish and Wildlife service.

The agency is accepting comment on the delisting plan until 17 August.

why remove them indeed? They and all the animals should be protected as a right. All this means is that anyone can just go and shoot them and here we go again. Protect and protect – quite simple

What mankind does best, KILLS EVERY beautiful creature off.

Why remove them from protection? Will this mean it will be OK to shoot any panther on sight?

Yet another species gone, and all thanks to the most selfish and destructive species on this planet.