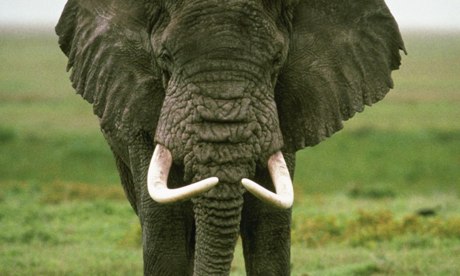 Elephant deaths in Tanzania have risen dramatically since the government abandoned a shoot-to-kill policy against poachers, officials admit.

Lazaro Nyalandu, the deputy minister of natural resources and tourism, said 60 elephants were “butchered” in November and December, compared with two in October.

Soldiers, police, game rangers and forestry officers had been involved in a month-long crackdown on poachers, codenamed Operation Terminate, in October. But the operation was suspended after an inquiry by MPs uncovered a litany of arbitrary murder, rape, torture and extortion of innocent people.

Mizengo Pinda, the prime minister, told Reuters: “The anti-poaching operation had good intentions, but the reported murders, rapes and brutality are totally unacceptable.”

The inquiry’s findings – including the killing of 13 civilians and arrest of more than 1,000 people – led to the sacking of the tourism minister Khamis Kagasheki, who had called for perpetrators of the illicit ivory trade to be executed “on the spot”,as well as the defence minister Shamsi Vuai Nahodha, the home affairs minister Emmanuel Nchimbi and the livestock development minister David Mathayo.

Nyalandu said that, with the operation on hold, the government would appeal to foreign donors to help Tanzania’s wildlife department and ranger service. “Those to be approached include the European Union and Asian countries,” he was quoted as saying in media reports. “Asian countries are reportedly the main consumers of elephant tusks and byproducts.”

There is huge demand for elephant tusks in many Asian countries, where they are used to make ornaments. In August 2011, Tanzanian authorities seized more than 1,000 elephant tusks hidden in sacks of dried fish at Zanzibar port and destined for Malaysia.

Recent research by the International Union for Conservation of Nature found that 22,000 elephants were killed in 2012 and Africa will lose one-fifth of its elephants in the next decade if the poaching crisis is not arrested. There were around 10m African elephants at the start of the 20th century, but that number has fallen to 500,000 owing to poaching and habitat loss.

The international trade in ivory was banned in 1989 but it has been dubbed the “white gold of jihad” by activists who say it is funding armed rebel groups including al-Shabaab, the militia behind the siege of the Westgate shopping mall in Nairobi, Kenya, that left at least 67 people dead.

With 70,000-80,000 elephants in 2009, Tanzania is believed to be home to nearly a sixth of all African elephants. A recent census at one of the country’s biggest wildlife parks, Selous Game Reserve, showed elephant populations had plummeted to just 13,000 from 55,000 previously.

Last year a Tanzanian MP said poaching was out of control with an average of 30 elephants killed for their ivory every day. Media reports have alleged that some MPs and other officials are involved in and benefiting from the lucrative ivory trade.

This article was written by David Smith for the Guardian.

Disgusting! Ivory lovers are the human plague to elephants. a 3000 year old barbarism continues even though China is suppsed to be advanced progressive nation! Shameful to say the least!