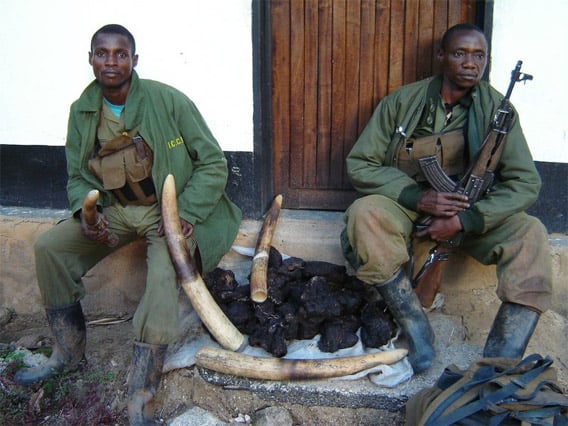 A key Congo wildlife reserve has lost 75 percent of its elephants in just 15 years due to poaching to meet Asian demand for ivory, reports a new survey by the Wildlife Conservation Society (WCS) and Democratic Republic of Congo authorities.

Researchers with WCS and DRC’s Institut Congolais pour la Conservation de la Nature (ICCN) found that the carnage in the Okapi Faunal Reserve has worsened in recent years, with its population of forest elephants declining 37 percent since 2007.

Only 1,700 elephants now survive in the park. But the news gets worse, according to WCS.

The findings come shortly after another survey documented the wholesale slaughter of elephants in Gabon’s Minkebe National Park over a ten-year period and on the heels of a nearly continuous stream of reports of elephant poaching across Africa.

A National Geographic cover story on the ivory trade estimated that some 36,000 elephants were killed, but some conservationists put the number at over 50,000.

Elephants are being killed to meet rising demand for their ivory tusks. Most of the demand comes from Asia, especially China, but to a lesser extent Vietnam, the Philippines, and Thailand.

“The world must come together to recognize this problem and to stop the killing, trafficking, and demand, or we will lose elephants in the wild in our lifetime.”