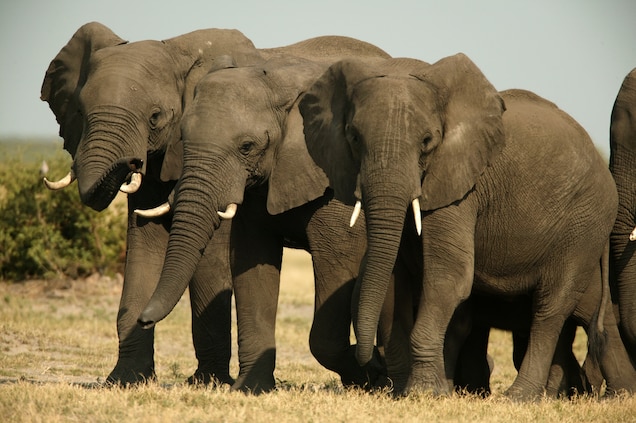 The world’s biggest international carrier joins South African Airways in banning transport of trophies of exotic wildlife such as elephants and rhinos.

Emirates Airlines will stop carrying hunting trophies of elephants, rhinos, lions, or tigers on its planes, the company announced this week.

The decision is meant as a step “to eliminate illegal trade and transportation of hunting trophies worldwide and save wildlife heritage,” according to a statement from Emirates.

By banning trophies on their flights the airline is essentially leapfrogging the Convention on International Trade in Endangered Species (CITES), which regulates and allows for the sale of certain animal species.

Lion trophies in particular have become increasingly popular among wealthy foreign hunters visiting Africa, who pay large fees to shoot wild or captive-bred animals, have their bodies stuffed, then take the trophies home.

Emirates’ decision comes as a movement to end the practice of lion hunting in South Africa seems to be gaining traction. In March, Australia banned the importation of hunting trophies, and talks are now under way with officials in the European Parliament to also instigate a ban.

Elephants, tigers, rhinos, and lions are all threatened in the wild to varying degrees because of poaching and illicit international trading in their body parts.

Even so, under CITES, hunting of lions, elephants, and rhinos is still sanctioned by some countries, including the United States.

This week’s decision by Emirates Airlines follows a recent ban on the transport of hunting trophies on all flights operated by by South African Airways (SAA) Cargo.

South African Airways made the decision after a consignment of illegal ivory on one of its flights was intercepted while in transit in Australia. In South Africa, the shipment, destined for Malaysia, had been declared as machinery spare parts.

Tlali Tlali, an SAA Cargo spokesman, said the airline had to “act swiftly to curb the problem of illegal transportation of animals.”

In a separate statement, SAA’s country manager for Australasia, Tim Clyde-Smith, said the carrier would “no longer support game hunters by carrying their trophies back to their country of origin.”

Now, an online petition is calling for Delta Airlines—the only United States carrier flying direct to South Africa—to ban the transport of exotic animal trophies. So far, 60,000 people have signed it.

Chris Green, who initiated the petition, is a Delta frequent flyer and chair of the American Bar Association’s Animal Law Committee. He called on the airline’s CEO, Richard Anderson, to “refuse to play a role in the wildlife trafficking supply chain.”

Delta Airlines has not responded to requests for comment.

Chris Mercer, head of the global Campaign Against Canned Hunting, is impressed by the airlines’ boldness in making independent decisions.

“When public anger causes corporate social responsibility to leapfrog CITES,” he said, “then conservation authorities should understand that they’re making themselves irrelevant, and it’s time for a radical shake-up and restructuring of the whole conservation regime.”

This article was first published by National Geographic on 14 May 2015. Lead Image: Emirates Airlines will no longer transport sport-hunted trophy animals such as elephants, shown here in Botswana’s Okavango Delta, and rhinos – Photograph by Beverly Joubert, National Geographic Creative.