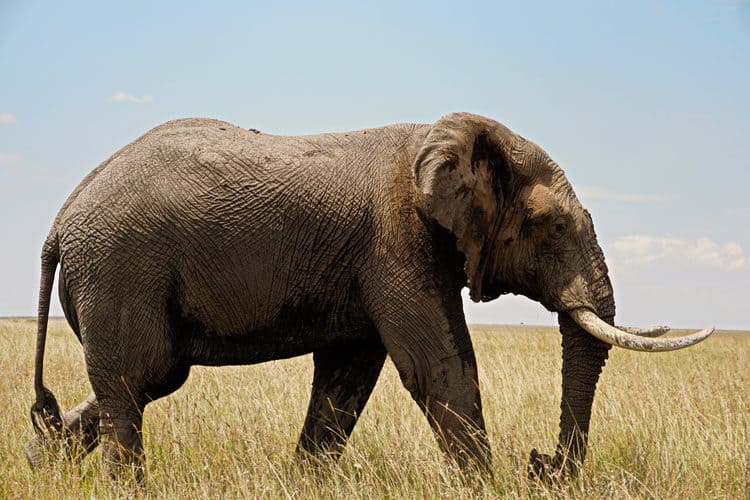 As of four years ago, about 100 elephants were poached each day for their ivory. As long as elephants are killed for their tusks, they will face the threat of extinction.

The rate of poaching exceeds the growth rate of the elephant population. Japan has the world’s largest legal ivory market. However, two years ago, two of the e-commerce firms that sold much of the ivory banned ivory sales, Rakuten Inc and Mercari banned the sale of ivory. Now, the last major site is doing the same!

Yahoo! Japan is the last major site that sells ivory. They recently announced that as of November 1st, they will be banning the sale of ivory! They were being accused by wildlife activists and organizations of “perpetuating an illegal international black market.” They then confirmed reports that ivory bought on their site was being smuggled abroad. There are international rules banning cross-border trade.

The smuggling they confirmed was taking place in China, where the ivory trade was outlawed in 2017. Transactions on the Yahoo Japan site totaled around $380,000 over four weeks last year. With that much ivory being purchased and an estimated 100 elephants poached a day for their tusks, this ban is certainly a victory for elephants!

This good news also comes on the heels of a decision by the Japanese government that cracks down on ivory trading. They began requiring that the age of the tusk be proved via carbon dating. This decision is intended to prevent illegal imports of ivory.

Japan for recognizing the irrefutable fact that any legal market serves as a convenient cover for the sale of illegal ivory, so it is hugely significant that their online platforms will no longer contribute to this devastating trade.

We now call on the government of Japan to swiftly move towards the complete closure of its domestic ivory market so that the millions of international tourists who will descend on Japan for the 2020 Olympic Summer Games can visit a Japan that is free of elephant ivory trade.”

This is a great step, but as Ho says, Japan should take the next step and ban the elephant ivory trade completely. If you agree, sign this petition!