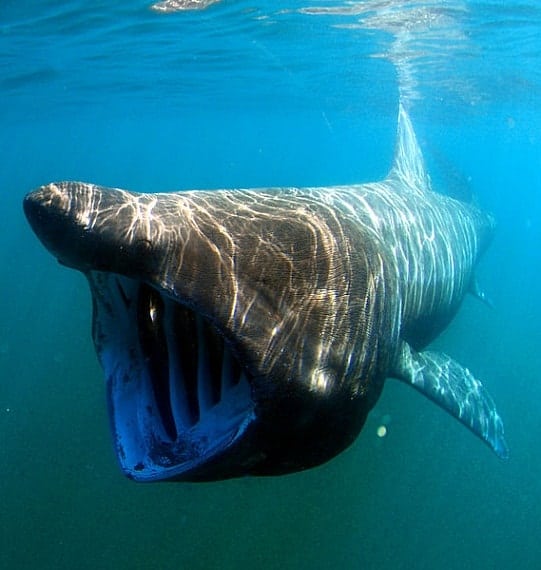 Did you know that only about 6% of all U.S. species protected under the Endangered Species Act live in the oceans? On Monday, the conservation group WildEarth Guardians asked the federal government to grant protection for 81 additional marine species. Those currently listed are mostly “charismatic mega-fauna,” such as dolphins, whales, seals, and sea turtles.

This organization seeks to add species of sharks, corals, fish, and other threatened and endangered sea life to the list of marine species protected under the Endangered Species Act.

Also, since we know so little about the ocean, it is often seen as vast, limitless and beyond the reaches of human impact.

And finally, large-scale commercial fishing is one of the only remaining industries that targets wild-caught animals, and the full impacts of these fisheries remain misunderstood. Due to a changing climate, habitat loss, exploitation, and pollution, many marine species have been pushed to the brink of extinction.

We are just now learning that many of our marine species need to be protected from overexploitation the same way we protect terrestrial species. basking sharksare one such example. should be protected much the same way as African elephants.

They are both large, slow moving, long-lived species (while elephants live up to 70 years in the wild, it is believed basking sharks live approximately 50 years, but no one really knows), they both give birth to live young, and they are both threatened by humans.

The threats to African elephants are widely known, as thousands are killed for their ivory tusks. Yet very little light has been shed on basking sharks, which were hunted to the brink of extinction up until the 1990s for food, to make leather, and for their oil, which was used before petroleum products – a single shark could yield up to 1,514 liters of oil!

Today, sharks are being killed by the millions for their fins. Additional protections are needed to halt their demise and ensure that our oceans’ apex predators survive into the future.

While asking the federal government to protect these 81 important marine species is a big step, we must continue to tell the government that we care about protecting the oceans. Chronic underfunding at the National Oceanic and Atmospheric Administration (NOAA) and the U.S. Fish and Wildlife Service has led to long backlogs for listing species under the Endangered Species Act.

Protected species divisions at both agencies struggle with limited resources and species on the brink of extinction suffer the consequences. Most marine species are only listed once a court orders the agencies to take action: It wasn’t until a 2009 court order that NOAA proposed listing 66 coral species, in addition to the two that were already listed, under the Endangered Species Act.

The agency did not announce a formal plan to list corals until November 2012, and they have yet to finalize any additional coral listings. Congress needs to stop starving these critical programs of the funds they need to keep the safety net of the Endangered Species Act in place.