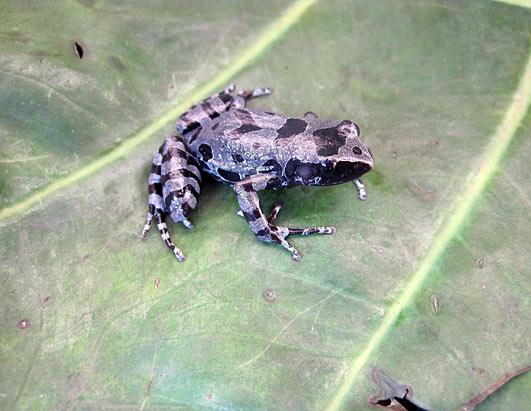 Herpetologists from the California Academy of Sciences and University of Texas at El Paso discovered a single specimen of the Bururi long-fingered frog (Cardioglossa cyaneospila) during a research expedition to Burundi in December 2011.

The frog was last seen by scientists in 1949 and was feared to be extinct after decades of turmoil in the tiny East African nation.

For biologists studying the evolution and distribution of life in Africa, Burundi sits at an intriguing geographic crossroads since it borders the vast Congo River Basin, the Great Rift Valley, and the world’s second largest freshwater lake, Lake Tanganyika.

Many of the species in its high-elevation forests may be closely related to plants and animals found in Cameroon’s mountains, suggesting that at some point in the past, a cooler climate may have allowed the forests to become contiguous.

Read full article which was published by WildlifeExtra.com