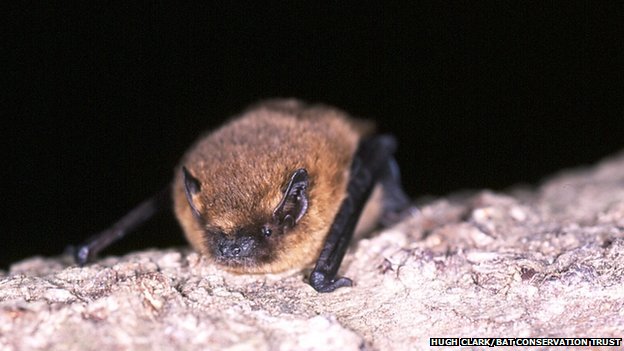 Britain’s bats could face difficulties this summer following two cold springs in a row, a charity suggests. Latest figures from the National Bat Monitoring Programme revealed that fewer of the flying mammals were counted in 2012 than the previous year. The Bat Conservation Trust is concerned that this year’s “unseasonable start” could mean that bats struggle to bounce back.

However it suggested it is too early to tell if bats are on a downwards trend.

During the summer bat activity reaches its peak. But this year the animals are faced with the challenges of a delayed breeding season and a lack of winged insects on which they feed, according to the Bat Conservation Trust.

“After two years of long, wet winters and a particularly late and cold start to summer this year, the outlook isn’t too promising for our bats,” said Dr Kate Barlow, head of monitoring at the charity.

The latest report from the National Bat Monitoring Programme revealed the level of bat activity recorded in 2012. Common pipistrelle; soprano pipistrelle; noctule and serotine bat species were all lower in number than in 2011, and “roost counts” were down compared with the year before for six of the species.

“Female bats often skip a year with breeding, or would certainly delay breeding… This can mean that if a baby’s born quite late in the summer, they’ve got less time to feed up and get to full size and strength before they go into hibernation, which could impact on their overwinter survival.”

Mr Briggs speculated that this year, the bats’ breeding season could again have been delayed due to the cold spring but added:

“I suppose if we continue with the current good weather this could help improve breeding success and survival throughout the summer, but we’ll just have to see how things go.”

Seventeen species of bats breed in the UK, including the rare Bechstein’s bat, the distinctive-looking brown long-eared bat and the Daubenton’s bat, also known as the “water bat” because it snatches insects from water surfaces.

Over the past 15 years, the National Bat Monitoring Programme has shown that the population trends for all of the surveyed bat species are increasing or stable.

However, Dr Barlow commented: “All our bats produce only one baby a year… so a few years of bad weather could have dramatic impact on numbers of bats if they are unable to find enough food to allow them to breed successfully.”

This article was written and published by BBC Nature News.