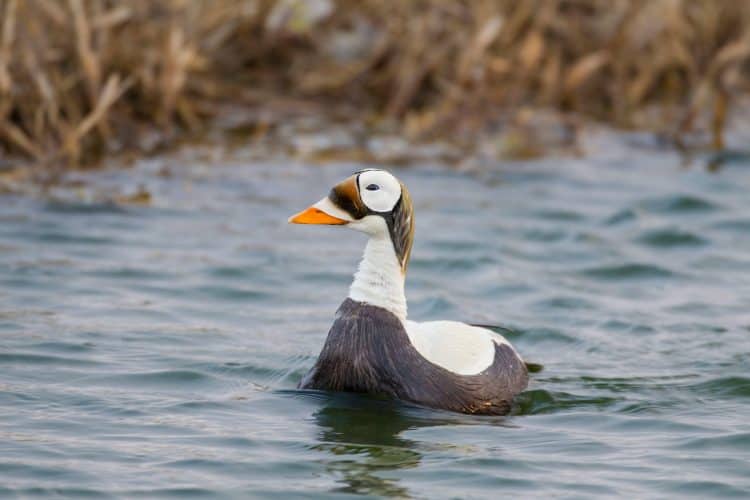 The U.S. Department of the Interior last week took a major step toward the first-ever oil drilling in the Arctic National Wildlife Refuge.

In a decision that outraged but did not surprise environmentalists, the agency announced its final plan to develop one of the world’s last great wildernesses, acknowledging that its chosen course might wipe out some bird species and harm other animals that make their home on the pristine reserve.

The Trump administration had multiple optionswhen planningto open the 19.3 million-acre sanctuary to drillers. After Republicans in Congress and President Trump directed Interior in 2017 to create a leasing plan for the refuge’s 1.5 million-acre coastal plain, the department laid out three possible scenarios for energy development there.

But on Thursday, Interior Secretary David Bernhardt announced that the department’s Bureau of Land Management (BLM) had chosen the most extreme plan, one that makes the entire coastal plain eligible for leasing and comes with the fewest restrictions on industry’s footprint.

Such an aggressive approach, the BLM acknowledged in its final environmental impact statement, combined with the effects of climate change, could drive birds to extinction, as E&E News first reported.

Species that nest in the refuge “already are experiencing decreasing populations, and many could suffer catastrophic consequences from the effects of global climate change in one or more of their seasonal continental or even global habitats,” the document says.

“These effects combined with development-related impacts across the ranges of many bird species may result in extinction during the 85-year scope of this analysis.”

Some 200 bird species rely on the refuge, including hardy year-round residents like American Dipper, Gyrfalcon, and Rock and Willow Ptarmigan.

The area fills with birdlife each summer, including migrants from every U.S. state and six continents, such as Red-throated Loon, Buff-breasted Sandpiper, Whimbrel, and the federally threatened Steller’s and Spectacled Eider.

According to the BLM report, development could require energy companies to pump out large volumes from the coastal plain’s limited water bodies, resulting in food and habitat loss for loons and other waterbirds. Additional species could lose nesting habitat to roads and other infrastructure, and a variety of birds will likely be injured or killed in collisions with drilling rigs, communications towers, and vehicles.

Birds are far from the only wildlife with habitat at stake on the coastal plain, a strip of tundra, rivers, and wetlands wedged between the Brooks Range foothills and the Beaufort Sea.

Federally threatened polar bears, which nurture their cubs in dens along its rivers and shoreline, will likely be killed as interactions with humans become more common, the impact statement says.

Caribou migrate hundreds of miles each spring to give birth on the plain, where there’s plenty to eat, sea winds to keep mosquitoes at bay, and few predators to threaten their calves. With new development, they mightfind less food there, and are more likely to die in vehicle collisions, among other impacts noted by the BLM.

While the impact statement mentions some potential threats to wildlife, many experts believe it isnot explicit enough when addressing the potentialrisks and even likelihood of extinction for a variety of species.

“Oil and gas infrastructure in the Arctic Refuge, when considered in conjunction with climate change, poses an existential risk to several Arctic bird species,” saidAudubon Alaskain a press release.

Moreover, choosing such an aggressive development plan despite the toll it will take on wildlife “just goes to show how far this administration is willing to go to extract oil and gas, even in what should be a protected area,” says Susan Culliney, the group’s policy director.

In several high-stakes fights over the past 50 years, advocates for preserving this rare expanse of untouched wild have prevailed over the oil companies, Alaskan politicians, and native corporations that have pursued drilling. Political headwinds—produced in part by the public outrage after the 1989 Exxon Valdez oil spill in Alaska—have blocked past attempts to open the refuge.

A bill to do so made it through Congress in 1995, but President Bill Clinton vetoed it. Democrats and some Republicans have voted to stop other such efforts. A 2017 Yale University poll found that 70 percent of Americans oppose drilling in the refuge.

But that dynamic shifted in December of 2017, when Republicans in Congress, backed by the administration’s call for “energy dominance,” tucked into a tax bill a provision to establish a fossil-fuel leasing program on the refuge’s coastal plain.

Sometimesreferred to as the 1002 Area, the coastal plain is considered the ecological heart of the refuge, but federal scientists estimate that it also sits atop 7.7 billion barrels of recoverable oil. The bill gave Interior until 2021 to conduct the first of at least two lease sales, each offering 400,000 or more acres. Department officials have pledged to hold that initial sale this year.

One reason for the aggressive timeline is to give industry a foot in the refuge’s door during President Trump’s first term, since having leases in place would complicate a future administration’s efforts to block drilling there, U.S. Sen. Lisa Murkowski (R-AK) said last year.

As a result, the regulatory process—typically measured and deliberate—has been rushed, confusing, and even misleading, according to reports from federal agency employees. A comprehensive review for any leasing program over such a large area would typically take two or three years.

But the administration compressed that timeline: The draft environmental impact statement was published last December, only eight months after the review began. Investigations have found that, in its hurry, Interior omitted relevant information, and evenaltered reports from career scientists to downplay potential environmental impacts. And the rush for leasing this year didn’t leave time for seismic testing to give energy companies an idea of where oil deposits most likely exist, which can only happen when the tundra is frozen.

On Thursday, Interior Secretary David Bernhardt called the final environmental impact statement “a big step to carry out the clear mandate we received from Congress to develop and implement a leasing program for the Coastal Plain, a program the people of Alaska have been seeking for over 40 years.”

Many Alaskans support drilling in the refuge—perhaps not surprising in a place where, over the past four decades, oil revenue has averaged about 85 percent of the state budget—but questions linger around the purported economic benefits of doing so. The Congressional Budget Office estimates that lease sales would generate only half of the $1.8 trillion in revenues claimed by the Trump administration. More recently, a New York Times analysis found that sales may generate just $45 million across the entire coastal plain.

Although some Alaska Natives advocate tapping into the oil reserves, the Gwich’in people have been outspoken opponents. They live outside the refuge but hold sacred the Porcupine caribou herd that migrates there each spring, and subsist by hunting the animals. The plan announced last week “demonstrates that this administration and the Alaska delegation will disregard our way of life, our food, and our relationship with the land, the caribou, and future generations to pander to industry greed,” said Bernadette Demientieff, executive director of the Gwich’in Steering Committee, in a statement.

Even before the administration’s plan was announced, there was pushback on Capitol Hill. Hours earlier, the House of Representatives passed a bill to prohibit energy development in the refuge. A companion bill was introduced in the Senate on Wednesday, but it stands little chance of passing the Republican-majority chamber where pro-drilling Alaska Sen. Lisa Murkowski holds the powerful chairmanship of the Energy and Natural Resources Committee. “I’m hopeful we can now move to a lease sale in the very near future, just as Congress intended,” Murkowski said in a statement, “so that we can continue to strengthen our economy, our energy security, and our long-term prosperity.”

Environmental groups, meanwhile, are gearing up to fight the plan in the courts. While the plan is final, Interior still needs to issue a formal record of decision, expected in about a month. Once it does so, lawsuits will certainly follow, as they did when the Trump administration lifted protections from national monuments and gutted the Migratory Bird Treaty Act, the Endangered Species Act, and other environmental laws and regulations.

The plan is “categorically illegal,” said Jamie Rappaport Clark, president and CEO of Defenders of Wildlife, in a press release. “We will not tolerate the administration’s brazen attempt to paper over the impacts of this disastrous proposal, and we will see them in court for this reckless effort to turn this iconic American landscape into an industrial oilfield.”

This article was first published by Audubon on 17 September 2019.