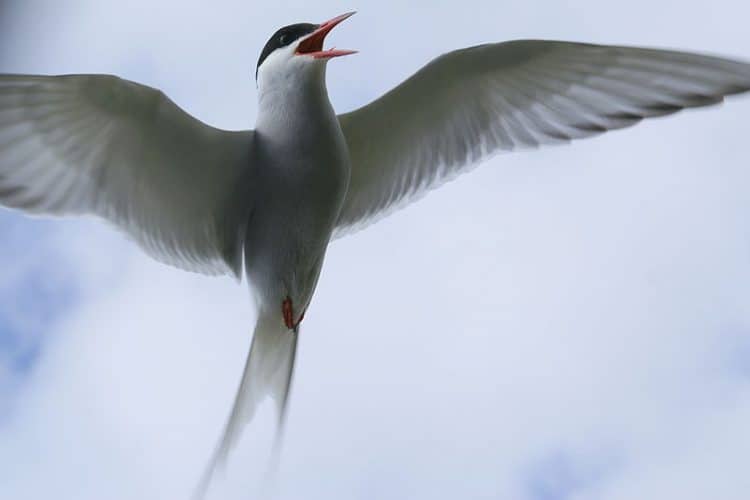 Migratory birds are awe-inspiring. Every year, millions traverse across oceans and continents, many each racking up thousands of miles as they fly. The longest marathon migrant, the Arctic tern, covers more than 70,000 kilometers (about 44,000 miles) annually during its journey from the Arctic to the Antarctic, and back.

However, very few migratory bird species are sufficiently protected across their long annual migratory routes, according to a new study published today in Science.

Researchers found that only nine percent of the 1,451 migratory bird species they studied have all phases of their annual migratory cycles — breeding and non-breeding areas, as well as all the spaces in between — adequately covered by protected areas. In comparison, around 45 percent of the world’s non-migratory bird species appear to be sufficiently covered by protected areas across their global distribution.

“The authors’ conclusion that more than nine-tenths of all migratory species are missing key habitats needed for their annual movements is flat-out scary,” William Laurance, an ecologist at James Cook University in Australia who was not involved in the study, told Mongabay. “It underscores a dimension of the modern biodiversity crisis that too few of us have appreciated adequately.”

Previous studies have looked at how some specific migratory bird species are protected in particular parts of the world, Claire A. Runge, lead author from University of Queensland, Australia, told Mongabay. But this is the first study to look at all of the world’s migratory bird species — 1,451 in total —that have all phases of their annual cycles completely mapped, she said.

“This is the first time that anybody has put the whole puzzle together and got a comprehensive picture of the state of protection for migratory birds across the whole world,” she added.

A typical migrant species needs two or three separate geographic locations along its migratory route, the researchers write, where the birds can rest or refuel. But the team found that for 91 percent of the 1,451 migratory bird species, one or more critical locations across their migratory cycle —important for breeding, resting or feeding — falls outside protected areas.

Less than 4% of the red-spectacled amazon’s habitats are formally protected. Photo by Marie, from Wikimedia Commons CC BY-SA 2.0

Take for example, the vulnerable red-spectacled amazon (Amazona pretrei), a migratory parrot of Brazil. Less than four percent of its distribution falls within protected areas, the study found.

“We had expected to find a few species without adequate protection, but to find that despite all the efforts to expand protected areas that are currently underway, fewer than nine percent were adequately protected, that was very surprising,” Runge said.

To protect migratory bird species across the world, BirdLife partnership has identified nearly 8,500 Important Bird and Biodiversity Areas (IBAs), which require focused conservation efforts, the authors write. However, just 22 percent of the world’s IBAs were completely covered by protected areas, the study found.

The degree of protection also varies across countries,some countries performing better than others, the study found.

“In India, most of the protected areas have been established in forests, keeping tiger and large glamorous mega-vertebrates in mind,” Asad R. Rahmani, Senior Scientific Adviser at Bombay Natural History Society in India, who was not involved in the study, told Mongabay. “Not much attention was given to wetlands and grasslands, as a result of which many large wetlands are now in terrible condition.”

The lack of formal protection of wetlands in India is problematic because wetlands form nearly one-third of the IBAs in India, Rahmani added.

“These regions have relatively few protected areas,” Runge said. “And where they occur, they do not overlap sufficiently with the distribution of migratory birds.”

“Migrants need protection in their breeding and wintering areas, plus the places species need to go between those two,” Runge said. “Our study shows that, because of these higher demands, migrants are more vulnerable.”

Existing gaps in information also need to be filled. For example, information about how individual migratory birds move, and what locations might be the most critical to the long term future of each migrant species,is crucial, Runge said.

For countries like India that have very low protection coverage for migratory birds, IBAs that occur in wetlands, coastal mud-flats and inter-tidal zones need to be protected well, in collaboration with local communities, Rahmani said.

In fact, all possible IBAs need to be protected, Laurance added.

“We need to move quickly,” Laurance said. “In many regions, the window for viable action is closing fast because many key stopover or breeding habitats are vanishing right now.”

“Many people just don’t realize just how stressed and vulnerable birds are during their annual migrations,” Laurance added. “They’re burning incredible amounts of energy while flying great distances and rely crucially on places where they can stop for a few days to feed intensively. If these critical stopover habitats vanish—as it happening across much of the world—then they often just starve to death.”

This article was first published by Mongabay.com on 04 Dec 2015.