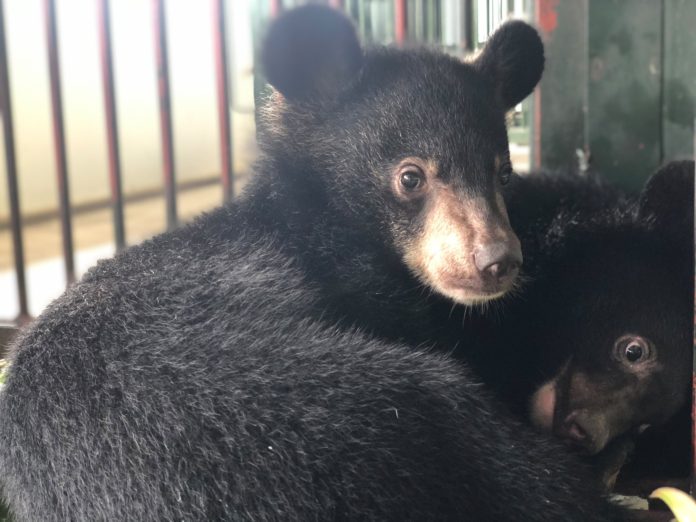 Global animal welfare organization FOUR PAWS has just rescued two Asiatic black bear cubs that were confiscated by the environmental police in Lai Chau Province at the Vietnam border to China on July 21, 2020. The cubs, a male and a female, are only a few months old.

The accused wildlife smuggler was being closely monitored by police due to his criminal record on wildlife poaching and trafficking. He was arrested after trying to sell the cubs online via a social media platform.

FOUR PAWS was contacted by the authorities to bring them to their BEAR SANCTUARY Ninh Binh in Northern Vietnam, where they will receive all the care they need to grow up to be healthy bears.

Only days after the confiscation, Vietnam announced an immediate ban on all wildlife trade including the import of wildlife and wildlife products into the country.

FOUR PAWS applauds the Vietnamese government on this landmark step and hopes that it is followed with stringent enforcement efforts.

A small FOUR PAWS team made the 11-hour journey to Lai Chau province on July 22nd and freed the cubs from the tiny cage they were kept in before leaving for BEAR SANCTUARY Ninh Binh the next day.

Before the departure, the cubs received a health check and were given milk. The cubs would not survive if released back into the wild, thus they will remain at the sanctuary.

“Both cubs were very stressed and huffed at anyone trying to approach them. The male is quite protective of the female, who is very timid, hiding in a corner and nestling under him.

They will now receive all the care they need to calm down and recover from a turbulent start of their lives,” said Emily Lloyd, Animal Manager at BEAR SANCTUARY Ninh Binh in a statement. 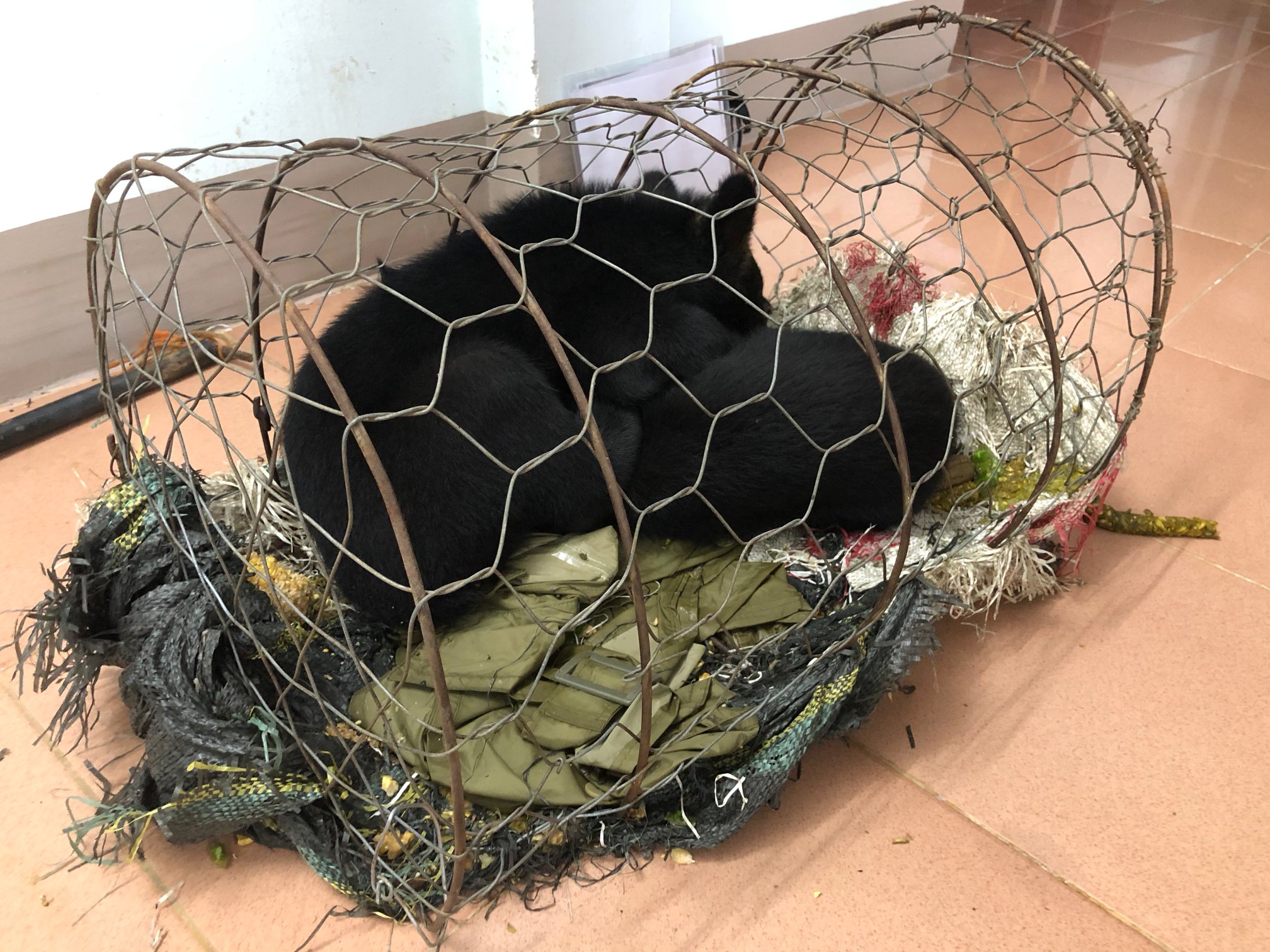 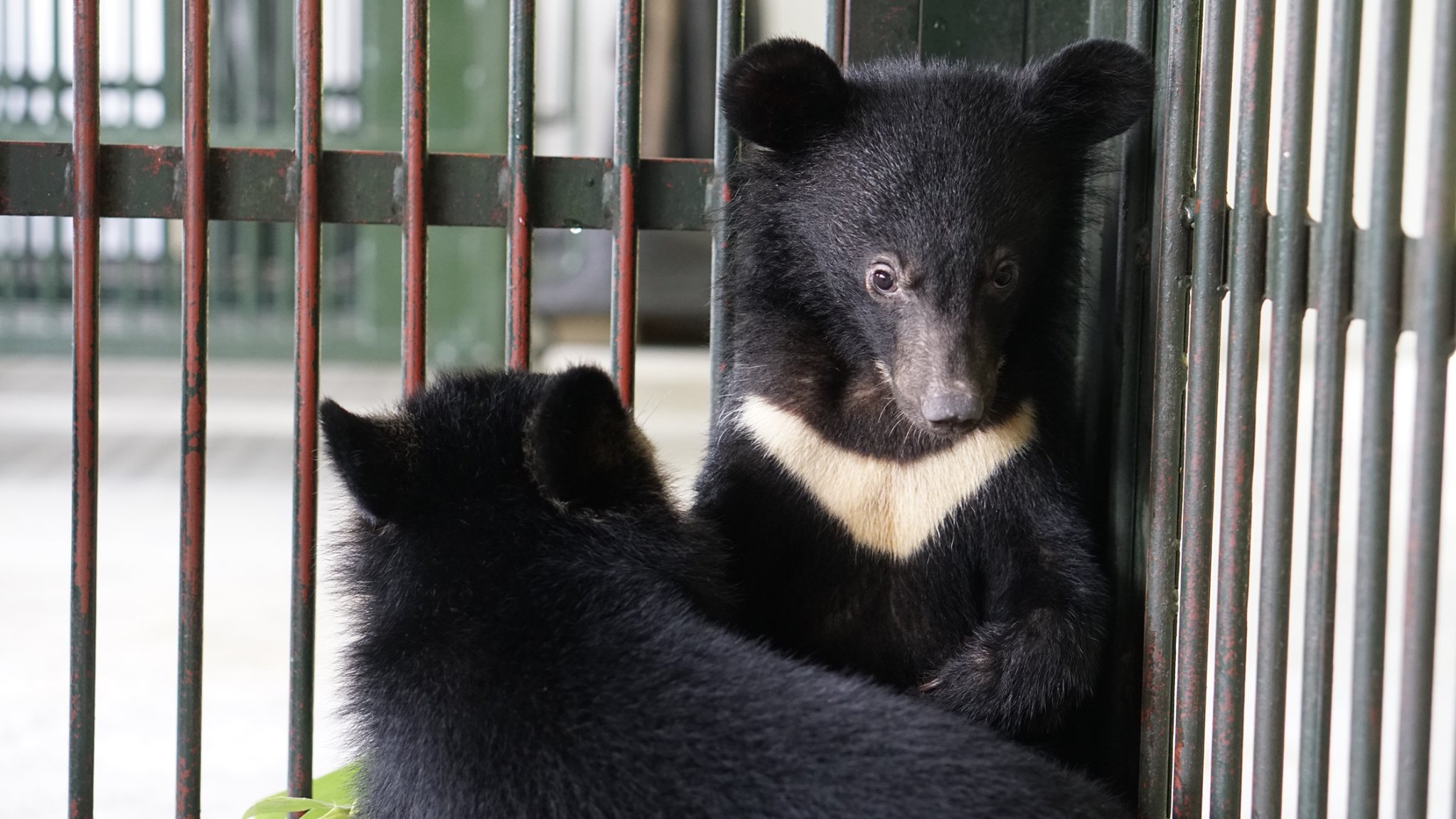 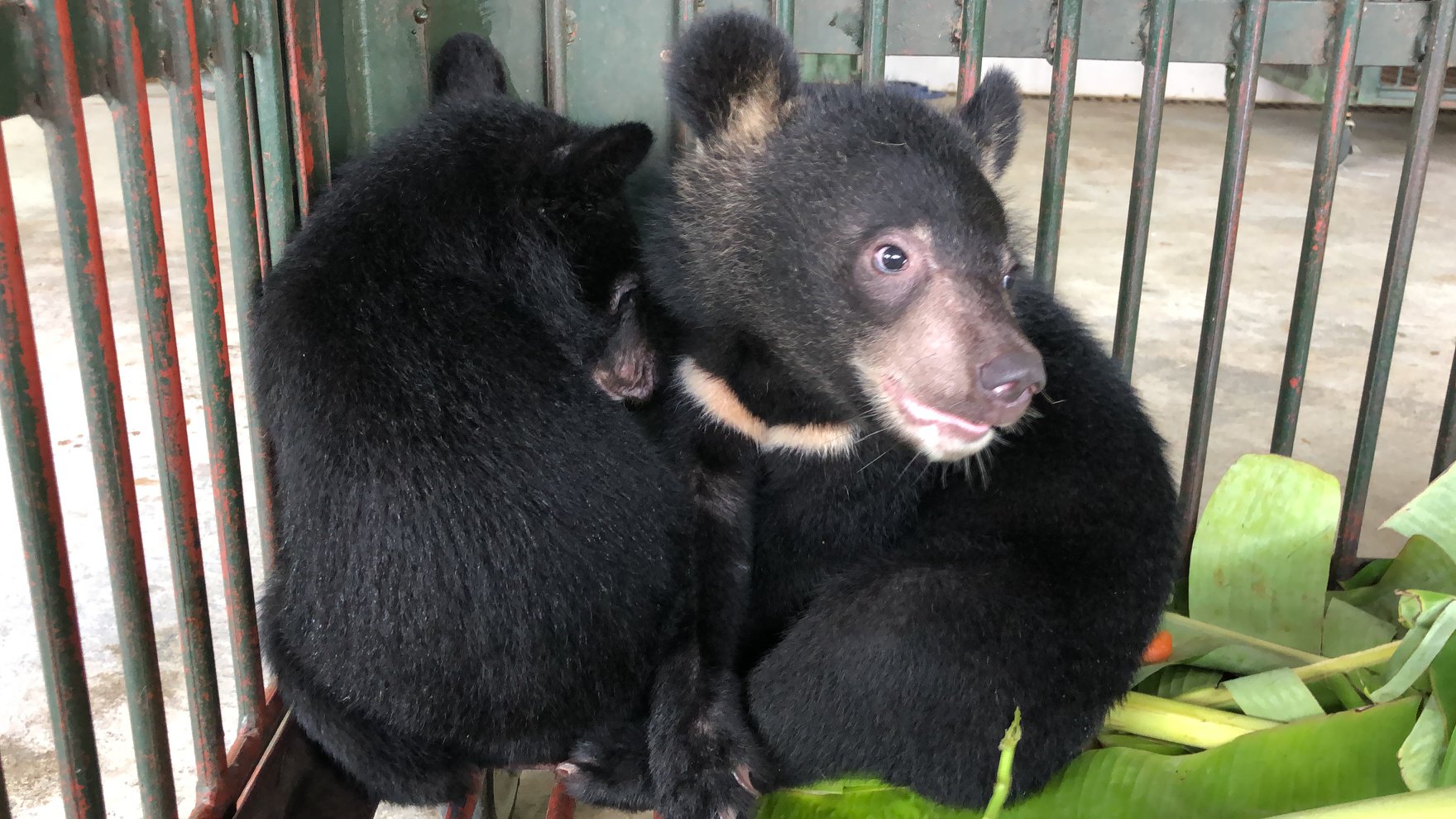 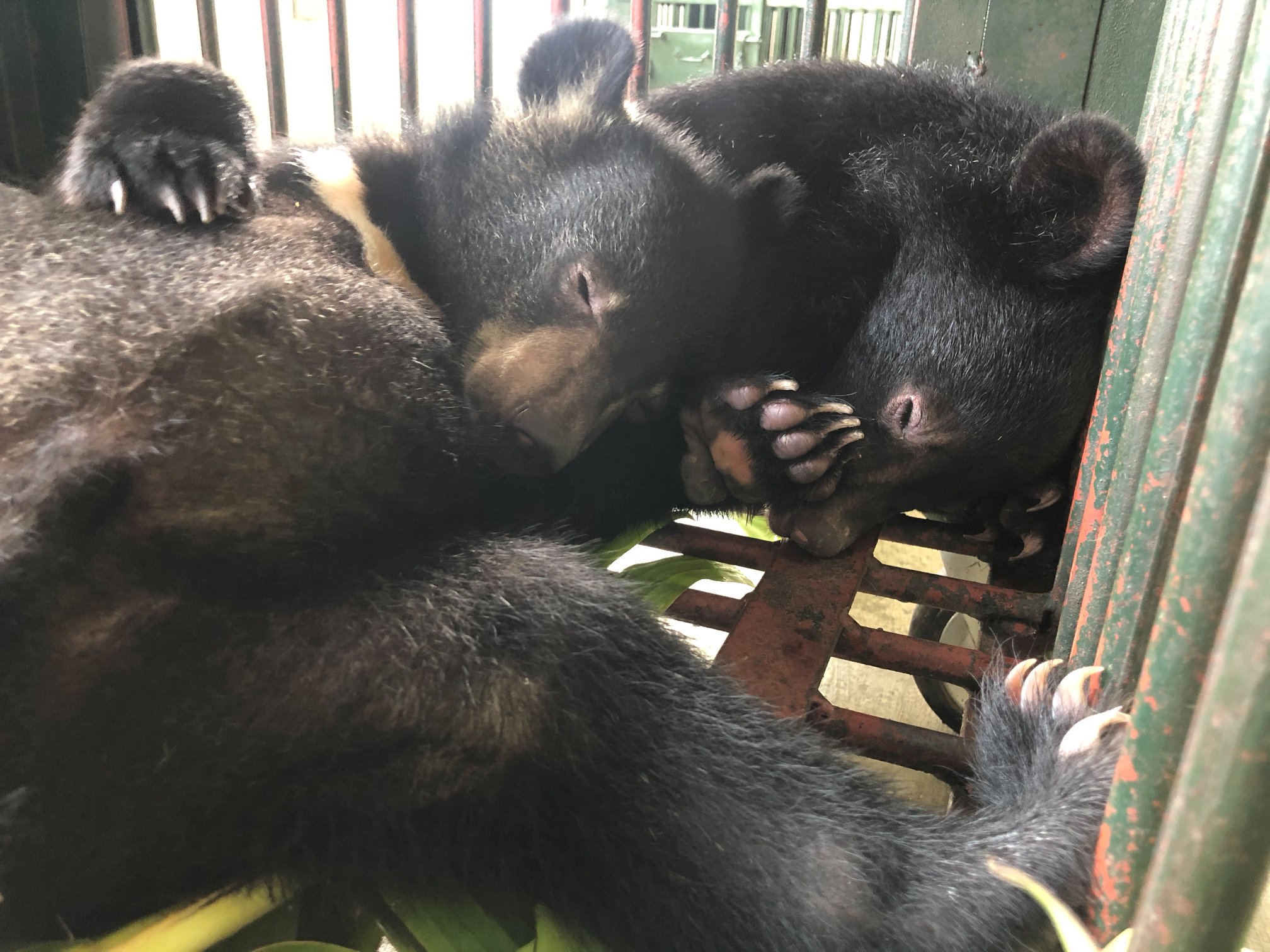 “Both cubs are in stable condition, but slightly underweight. Our vets are examining them thoroughly and once we are sure they are disease free, we will socialize them with another bear cub we rescued earlier this year from similar circumstances.”

We also hope that these efforts will ensure no new and illegal bears enter bear farms and that any unregistered bears are swiftly confiscated,” said Kieran Harkin from FOUR PAWS.