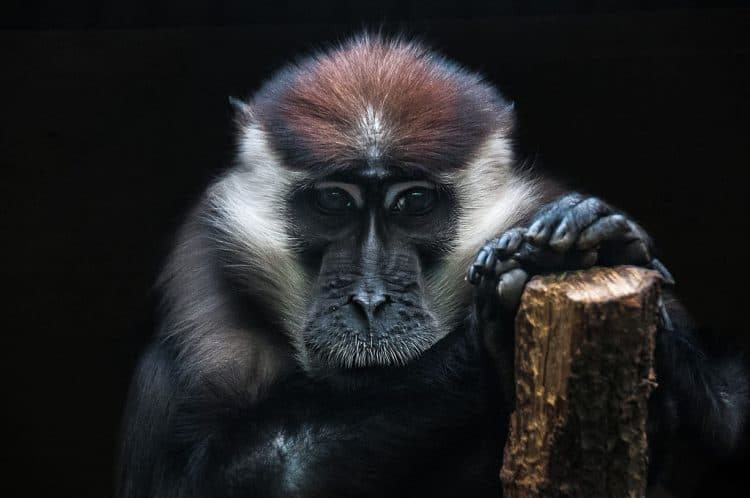 From rays to deep-sea snails, primates to rosewood trees, the latest IUCN Red List update paints a gloomy picture for our world’s species.

The update, which includes assessments of 105,732 animal and plant species to date, lists more than 28,000 species as threatened with extinction, attributing much of the declines to human overexploitation.

The red-capped mangabey (Cercocebus torquatus), for instance, a monkey previously listed as vulnerable, has now been moved to endangered, largely because of declining numbers driven by illegal hunting for bushmeat and conversion of much of its Atlantic coast forest habitat in West Africa to agriculture.

In East Africa, the pancake tortoise (Malacochersus tornieri) is fighting a losing battle against the global pet trade. Thanks to overexploitation for this trade, along with destruction of its preferred rock habitats, the reptile has moved from being listed as vulnerable to critically endangered.

More than 90 percent of all the rosewood and palissander (Dalbergia) tree species assessed on the Red List, too, are now threatened, mostly because of illegal trafficking and habitat loss. Freshwater fish seem to be struggling as well, with the loss of free-flowing rivers and increasing pollution driving more than half of Japan’s endemic freshwater fish and over a third of freshwater fish in Mexico toward extinction, according to a press release from the IUCN.

No species was assessed as having “genuinely improved in status enough” to earn them a place in a lower threat category for this update, the IUCN said.

“With more than 100,000 species now assessed for the IUCN Red List, this update clearly shows how much humans around the world are overexploiting wildlife,” Grethel Aguilar, acting director general of the IUCN, said in the statement.

“States, businesses and civil society must urgently act to halt the overexploitation of nature, and must respect and support local communities and Indigenous Peoples in strengthening sustainable livelihoods.”

Two species in particular, the clown wedgefish (Rhynchobatus cooki) of the Indo-Malay archipelago and the false shark ray (Rhynchorhina mauritaniensis) of Mauritania, are likely very close to extinction. Living in shallow ocean waters, these rays are caught frequently as bycatch, and overexploited by fisheries, with their meat sold locally and fins traded for shark-fin soup.

“The alarm bell has been sounding again and again concerning the unravelling crisis in freshwater and marine wildlife around the world and it’s time we pay attention,” said Andrew Terry, director of conservation and policy at the Zoological Society of London.

The latest Red List update lists 9,754 species as endangered, 12,457 as vulnerable and 6,435 species as near threatened. More than 15,000 species are listed as data deficient, which means there’s insufficient information to assess their conservation status.

There are thousands of new entries in the IUCN Red List this year. These include a West African evergreen tree, Allophylus samoritourei, that grows up to 18 meters (59 feet) tall. It’s listed as endangered, with fewer than 250 mature individuals estimated throughout its range, including 180 mature trees in Guinea. The species is on the decline because of habitat loss from mining, agriculture and urban expansion.

The Lake Oku puddle frog (Phrynobatrachus njiomock), a species known only from the Kilum-Ijim Forest in Cameroon, debuts on the list as critically endangered (possibly extinct). Once the most abundant frog at Lake Oku, it hasn’t been seen since 2010. Researchers say the frog population has likely declined or disappeared mainly because of chytridiomycosis, a deadly fungal disease caused by the chytrid fungus (Batrachochytrium dendrobatidis) that has devastated amphibian populations across the world.

More than 5,000 trees from 180 countries have also been added to the Red List this year. The American elm (Ulmus americana), once found across Canada and the United States, for example, enters the Red List as endangered, its populations declining over decades due to Dutch elm disease, an invasive fungal pathogen.

“The implications for people are that we lose valuable resources such as rosewoods and elms, and we also lose ecosystem resilience, undermining the essential ecosystem services that forests provide,” Paul Smith, secretary general of Botanic Gardens Conservation International, said in the statement.

In addition to trees, several deep-sea species also make their appearance on the updated list, including 500 deep-sea bony fish species like the bioluminescent lanternfishes. A deep-sea hydrothermal vent mollusc, the scaly-foot snail (Chrysomallon squamiferum), debuts as endangered as well.

The snail is known from only three locations on hydrothermal vents at depths of down to 2,900 meters (9,500 feet) in the Indian Ocean. With the prospect of future development of deep-sea mining in two of these areas, the snail’s habitat could be destroyed, the press release says. Some 20 percent of all the deep-sea assessments are, however, data-deficient, raising the need for studies on these species.

“As many of the world’s deep sea species are being assessed for the first time, we are just starting to understand the impact of threats to this mostly unexplored and unmanaged frontier,” Beth Polidoro, a marine toxicologist at Arizona State University and co-chair of the Marine Fishes Red List Authority, said in the statement. “As such, the importance of the IUCN Red List process for deep sea species is increasingly evident, as it is one of the only indicators on the status of deep sea biodiversity across the globe.”

This article by Shreya Dasgupta was first published on Mongabay.com on 18 July 2019.

2 thoughts to “From over 100,000 species assessments in IUCN update, zero improvements”