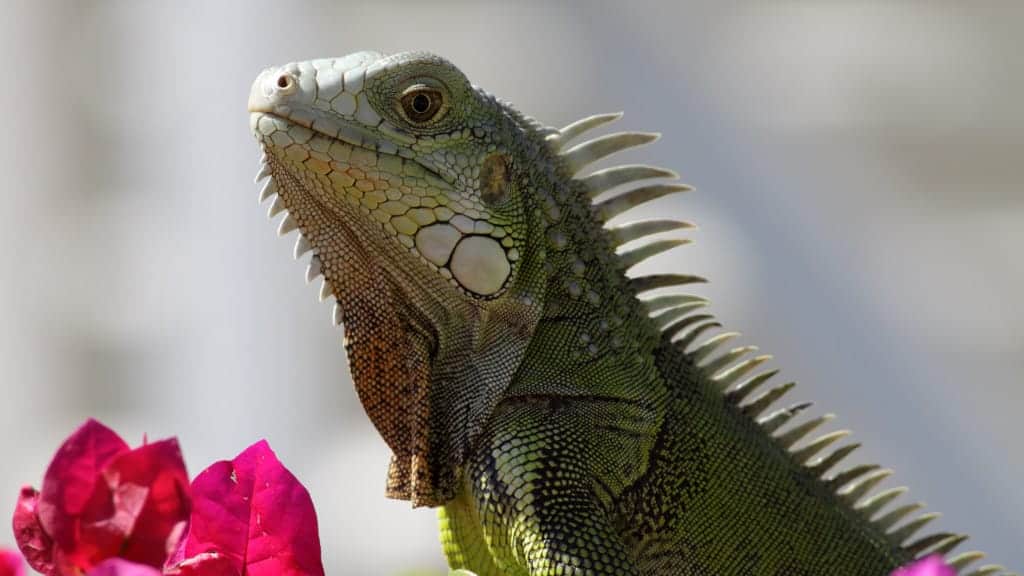 The Green Iguana or Common Iguana (Iguana iguana) is a large, arboreal herbivorous species of lizard of the genus Iguana native to Central and South America. The green iguana ranges over a large geographic area, from southern Brazil and Paraguay to as far north as Mexico and the Caribbean Islands; and in the United States as feral populations in South Florida (including the Florida Keys), Hawaii, and the Rio Grande Valley of Texas.