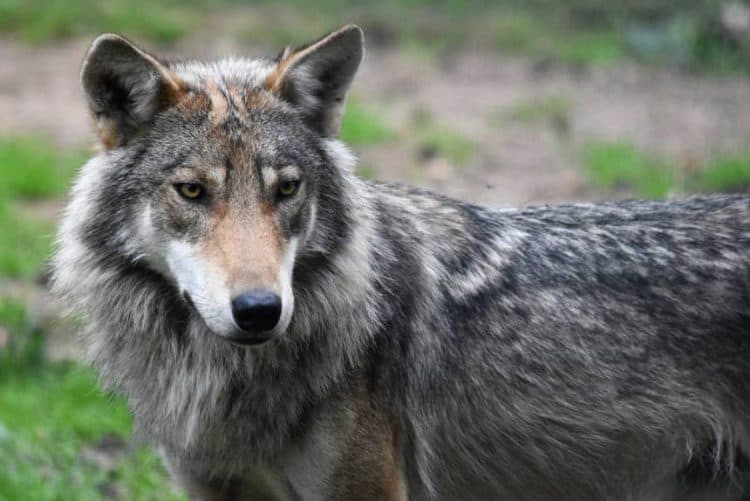 Not only are gray wolves thriving in the exclusion zone, they are starting to wander out into the rest of the world as well.

After the 1986 fire and explosion at the Chernobyl Nuclear Power Plant released 400 times more radioactive fallout than the atomic bomb dropped on Hiroshima, most everyone left the area. Authorities created a 18.6-mile (30 kilometers) “exclusion zone” in which people were (and still are) prohibited from living. But apparently, the animals didn’t get the memo.

A few years ago we wrote about how wildlife is thriving at the nuclear disaster of Chernobyl. What’s terrible for humankind proves to maybe not be so bad for animals, as the whole exclusion zone has become an ersatz nature preserve, rife with elk, roe deer, red deer, wild boar, foxes, wolves, and others.

And now new research with a focus on wolves confirms the previous findings, noting:

Gray wolves (Canis lupus) are one species which appear to have benefited from the lack of human disturbance, with estimated population densities in the CEZ that exceed those observed in other uncontaminated reserves in the region.

But not only are the gray wolves (similar to the one shown above in Belarus) flourishing, now they are even roaming into surrounding areas, and actually traveling pretty far.

“With their population density within the zone estimated at up to seven times greater than in surrounding reserves,” lead author Michael Byrne, a wildlife ecologist at the University of Missouri at Columbia, says that they expected that some wolves would eventually disperse into nearby environments, “since one area can hold only so many large predators.”

And indeed, when they fitted 14 gray wolves with GPS collars in the Belarusian region of the exclusion zone, they found that one adventurous young wolf wandered far beyond the zone’s borders. While the adults stayed close to hime, this plucky juvenile began to regularly move away from its home range about three months after scientists began tracking it, reports Live Science. Over the course of three weeks, the wolf ended up about 186 miles (300 km) outside the exclusion zone.

Unfortunately, thanks to a malfunction in the youth’s GPS collar, the researchers have no idea if the wolf actually returned or not. (File under “watch researchers smack their own heads.”) Still, “it’s just cool to see a wolf went that far,” Byrne says.

But perhaps the most encouraging part of the story is that the exclusion zone could be acting as an incubator, of sorts, for other animals as well. With this proof that at least one wolf has fled the scene, we have new insights into how the zone could create a more lasting impact. “Instead of being an ecological black hole, the Chernobyl exclusion zone might actually act as a source of wildlife to help other populations in the region,” Byrne says. “And these findings might not just apply to wolves – it’s reasonable to assume similar things are happening with other animals as well.”

And if your mind wanders to B-movie scenarios, you may be wondering if these wolves may have ended up with some mutant superpowers along the way – which they may deliver into non-Chernobyl populations. Byrne assuages the fear, saying that “no wolves there were glowing – they all have four legs, two eyes and one tail.”

And of which he adds, “We have no evidence to support that this is happening. It is an interesting area of future research, but it is not something I would worry about.” In the meantime, suffice to say that when you take people and human development out of the equation, the animals have a fighting chance. We should do this more often, minus the catastrophic nuclear disasters, of course.

thanks for the enlightening article, supertrooper1 Here’s some help in scientific vocabulary: Wolves are highly vagile – they travel far. Dispersal is the term used for subadult organisms (even seeds!) leaving home. (migration refers to seasonal travel and visitation of habitat by an individual or group) Due to both direct and epigenomic effects, several kinds of mutations are possible as a result of irradiation. From single nuleotide polymorphisms/ point mutations to larger-scale changes in DNA or methylation induced and other molecular changes to gene activity, you may expect almost all mutation to be either deleterious or neutral. Almost NO irradiation… Read more »