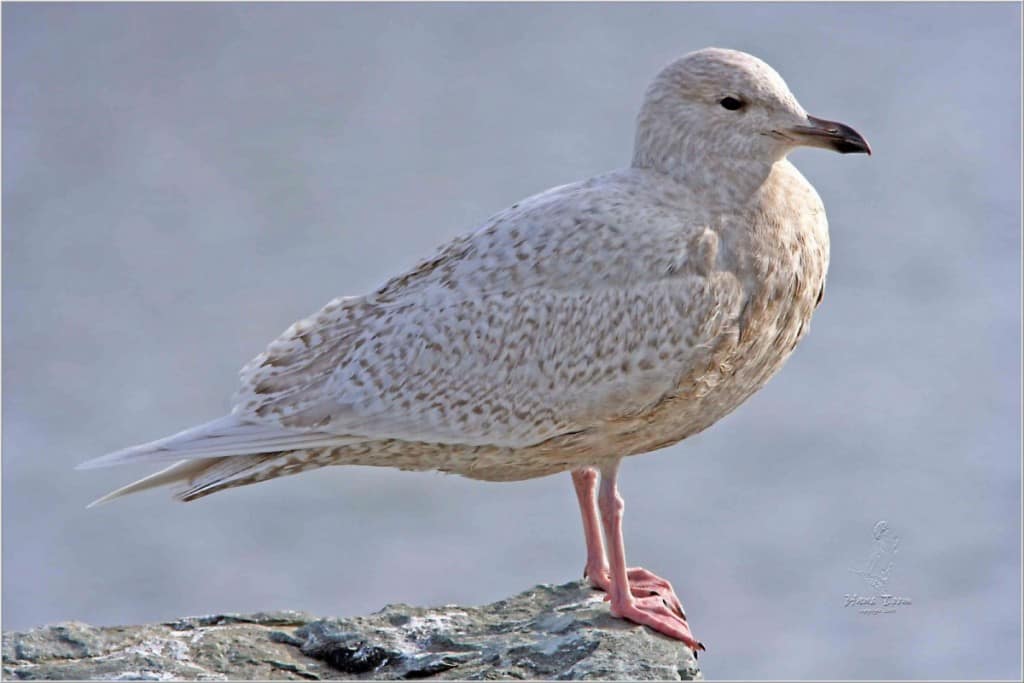 RSPB Scotland is reporting a major influx of Iceland and glaucous gulls to the west coast of Scotland. Over 100 birds have been recorded in Argyll alone with many more being seen in the Western Isles and Orkney and Shetland.

RSPB conservation officer Martin Scott who is based in Stornoway said: “These are beautiful ghostly birds with a suitably frosty appearance given that they have come down from the Arctic. The two species concerned are very similar although the glaucous gull is generally larger than the Iceland gull.

“ Unlike our resident herring gulls, the two Arctic species don’t have any black on the wing tips – that’s useful for identification purposes. Many of the birds seem to be juveniles and have a beautifully patterned delicate plumage when seen close to.

“Unusually we are seeing more Iceland gulls than glaucous gulls this year. I imagine the recent windy weather must be having an effect and is pushing the birds into Scottish waters from the Atlantic. Good places to see them are harbours, particularly where there are fishing boats. Stornoway is proving a great place to find them at the moment but judging by reports the birds are being seen all around the Scottish coast. They are well worth looking out for!”

Both Iceland and glaucous gulls visit Scotland every winter, but not usually in such high numbers. As well as around the coast, they can also be spotted inland, including places such as Strathclyde Loch.

This post was written by the Royal Society for the Protection of Birds (RSPB) is a registered charity: England and Wales no. 207076, Scotland no. SC037654