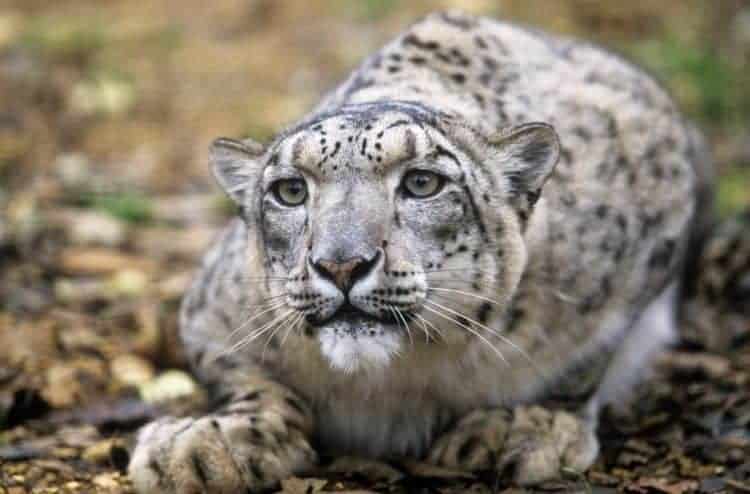 International Snow Leopard Summit and Ecosystem Forum, 23- 25 August, Bishkek Kyrgyzstan: World leaders will begin critical talks over the future of the snow leopard and its habitat; the headwaters for rivers on which hundreds of millions directly depend as a source of freshwater.

WWF urges snow leopard range countries*, which include political powerhouses China, Russia and India, to bolster previous commitments, or risk irreversible damage to both the species and landscape.

It has been four years since the range countries first met in 2013, when they committed to an ambitious goal of securing 20 snow leopard landscapes by 2020. This has brought the plight of this iconic species into the spotlight and created hope that this commitment from the range country governments could set an example of conservation success worldwide. However, as we pass the half-way point, there remain as few as 4,000 snow leopards and its habitat, which is home to the headwaters of 20 major rivers in Asia and known as the ‘world’s water towers’, continues to shrink.

Marco Lambertini, Director General at WWF International, said: “The snow leopard range countries could write one of the greatest success stories of modern conservation. They have made promising progress to begin safeguarding the 20 landscapes by 2020 but we now reach a critical check point. Efforts must be increased or the goal will not be achieved, with snow leopards and local communities feeling the consequences.”

“This summit sets the stage for snow leopard range states to raise the bar and take strong action now to prevent permanent damage and build resilience for snow leopards and their habitats, alongside the ambitions of also developing local economies and livelihoods.

Appreciating the countless bounties that nature provides and firmly remembering that the fate of humanity is closely intertwined with nature is crucial for the future of our living planet. Securing the future of snow leopards, the undisputed symbol of the high mountains of Asia, is a part of acknowledging not just our interdependence but our moral responsibility towards nature.”

A joint global petition from WWF, Snow Leopard Trust and NABU, which garnered support from an unprecedented 202,349 people, including Academy Award-winning actor, environmentalist, and WWF-US board member, Leonardo DiCaprio and actress Megan Fox, calls for increased efforts in tackling major threats to the species.

The summit provides a unique and rare opportunity to address two of the greatest emerging threats for the snow leopard and its vital habitat; climate change and unsustainable infrastructure development, both of which transcend far beyond political borders of countries and need a united approach to succeed.

Recent research suggests that climate change could wipe out more than two thirds of snow leopard habitat in the next fifty years. This, coupled with infrastructure projects which could cut ribbons across many of the snow leopard landscapes, mean the coming years will push the species even closer to the brink of survival.

“WWF’s latest Living Planet Report shows if we continue with business as usual, we could witness a two-thirds decline in wildlife from 1970 to 2020. We’re at a crucial time to bend the curve and halt the decline of nature. However, this is not only about the wildlife we love. Safeguarding a future for snow leopards means protecting their vast habitats, on which hundreds of millions of people depend for freshwater and livelihoods.”

WWF is also urging countries at the summit to ramp up efforts in tackling levels of poaching and human / snow leopard conflict. A recent TRAFFIC report estimates up to 450 snow leopards are poached every year – part of the same illegal trade which is decimating elephants, rhinos and tigers across Asia and Africa.

Increased conflict between people and snow leopards is due to loss of wild prey and shrinking habitats caused by overstocking of rangelands and worsened by the warming temperatures. Lack of wild prey forces snow leopards to kill livestock and mountain communities often retaliate by killing and poisoning them.

Losing this species will incur yet another tragic loss of wildlife due to human activity and will have catastrophic and cascading effects that will not only damage the natural cycle of life in snow leopard habitats but also threaten the already precarious livelihoods of local communities, as well as jeopardize the health of a major source of freshwater for Asia.

The Bishkek Declaration which will be signed by all twelve range states at the close of the International Snow Leopard Summit, must pave the way for more substantial action in securing 20 snow leopard landscapes by 2020.

WWF is asking heads of state and governments attending the International Snow Leopard Summit to support and action the following:

This article was first published by Panda.org on 23 Aug 2017.