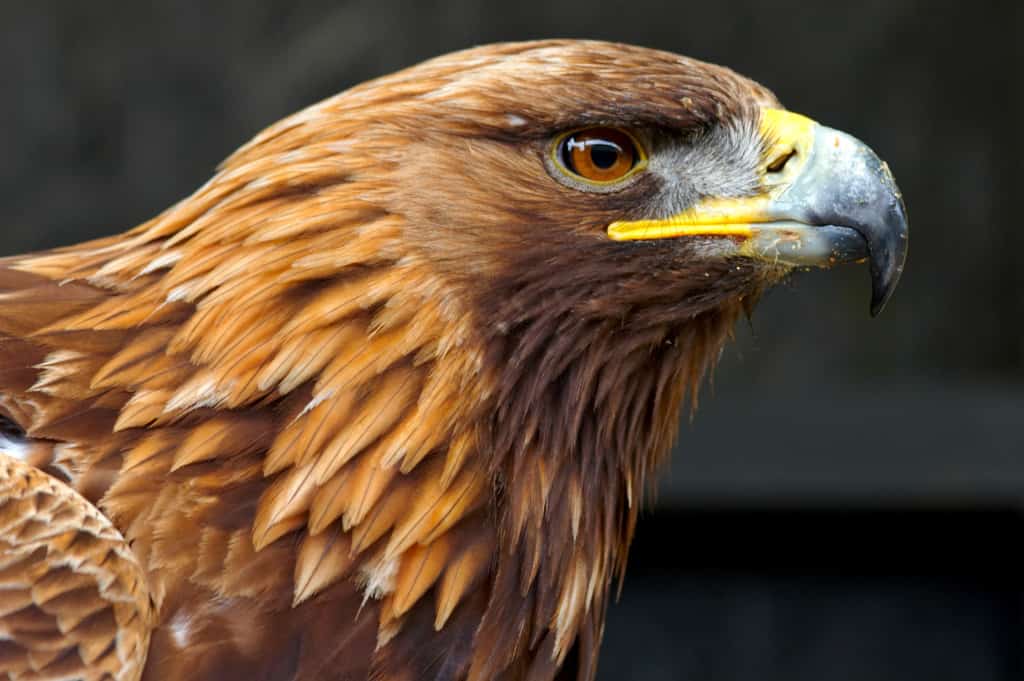 “Having the golden eagle genome in hand could directly affect the way we make conservation and management decisions,” said Dr Jacqueline Doyle from Purdue University, the first author of the paper published in the open-access journal PLoS ONE.

The golden eagle is a dark brown raptor with a wingspan of up to 2.2 m. Males and females are similar in appearance. They measure up to 80 cm long and weighs up to 6.4 kg.

Only one subspecies, Aquila chrysaetos canadensis is found in North America.

The golden eagle is threatened throughout much of its range by poaching, shrinking habitats and fatal collisions with wind turbines. An estimated 67 golden eagles are killed annually at a single wind farm – the Altamont Pass Wind Resource Area in central California.

One recently proposed method of reducing turbine-related eagle deaths was to coat wind turbines with ultraviolet-reflective paint, thereby heightening their visibility to eagles, which were thought to be sensitive to ultraviolet light.

But the golden eagle genome suggests that eagle vision is rooted in the violet spectrum – like human sight – rather than the ultraviolet.

“We find little genomic evidence that golden eagles are sensitive to ultraviolet light. Painting wind turbines with ultraviolet-reflective paint is probably not going to prevent eagles from colliding with turbines,” Dr Doyle explained.

Analysis of its genome also revealed that golden eagles have far more genes associated with smell than previously realized, indicating that the birds might use smell to locate prey more than researchers thought.

Doyle used the genome to identify thousands of genetic markers that together could act as a DNA fingerprint, allowing researchers to distinguish individual birds, follow them in a population and determine population size and flux, parentage and genetic variation.