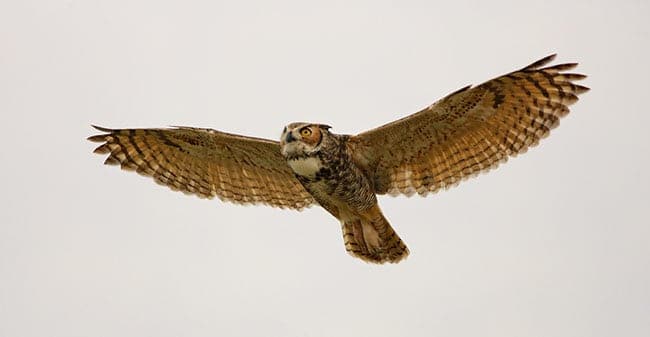 Three short videos of a Great Horned Owl attacking a female Great Blue Heron while she incubates eggs in the pre-dawn darkness on April 8 and 9, 2012. The footage was captured by a live-streaming cam that can film even in low light conditions above the Cornell Lab of Ornithology’s Sapsucker Woods Pond in Ithaca, New York.

The first and third clips show the owl’s approach; the second clip shows the female heron responding aggressively to the owl’s continued presence after the initial attack. The sound you hear is the heron reacting to the attacks, as well as a second heron vocalizing in response.

The female heron survived without noticeable injury. The cam provides a 24/7 view of the lives of these wild birds during the nesting season, including challenges from predators. Although Great Horned Owls have been known to take Great Blue Herons as prey, in the great majority of cases they eat smaller mammals like rodents, hares, and rabbits. To view live during the nesting season, go to: http://www.allaboutbirds.org/cornellherons