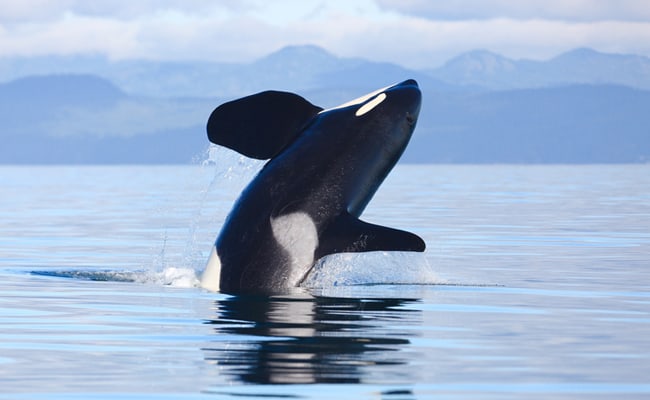 For 17 days, a mother orca carried her dead calf in what scientists are calling an unprecedented display of grief. Tahlequah, or J35, as she’s officially known, traveled hundreds of miles refusing to let go of her newborn girl who sadly lived less than an hour before passing away.

While her tragic story has garnered a lot of attention, the real heartbreak lies in what’s happened to these orcas over the years because of us. What remains to be seen is what we are going to do to help ensure Tahlequah and her family don’t continue to suffer similar losses.

These orcas, who are otherwise known as the southern resident killer whales, live in three distinct pods (J, K and L) that travel through Puget Sound, the Straight of Georgia and the Strait of Juan de Fuca during the summer months before migrating to open ocean in the winter.

Despite their popularity, they’re also highly endangered. This month also coincidentally marks nearly 50 years since the infamously brutal Penn Cove round ups off the coast of Washington, where members were either killed or taken for marine parks. Today, Lolita, who is being kept at the Miami Seaquarium remains the sole survivor in captivity.

The losses they suffered as a result then have profoundly affected them and even with years of protection in the U.S. under the Endangered Species Act (ESA), and in Canada under the Species at Risk Act (SARA), they’ve yet to make a comeback.

The heartbreaking loss of this newborn comes just weeks after another death left this population at a 30 year low. There are now just 75 individual members left in existence (not counting Lolita) while fewer than 30 of them are capable of reproducing.

According to the Center for Whale Research, which keeps an official census of these orcas, 75 percent of newborns haven’t survived since they gained federal protection, while 100 percent of pregnancies in the past three years have failed to produce any viable calves.

While they continue to face a host of threats ranging from boat noise to pollution, one of their biggest problems now is a lack of their main food source – Chinook salmon, which is also unfortunately endangered.

A recent baby boom brought hope, but even now there’s a dark cloud over their potential survival. Scarlet, or J50, was one of the calves born during that boom, but her health is in serious jeopardy and officials are currently attempting to intervene to save her life. They believe she’s ill, and she’s literally starving before our eyes.

While actions have been taken by both the U.S. and Canada to help these orcas, clearly much more needs to be done and fast. A task force has been established to come up with solutions, but it’s not expected to release an initial report until October, and any further studies are just going to push back action that could be taken now, such as breaching four deadbeat dams on the Snake River to help restore salmon and steelhead runs in the Pacific Northwest.

It could be started now without further study or delay by using the 2002 Lower Snake River Environmental Impact Statement, which concluded dam breaching is the best way to help recover salmon on the Snake River, which produces half of the salmon found in the Columbia Basin.

It would be unforgivable to continue waiting while we watch these unique and beloved orcas pass one by one until they’re gone simply because our elected officials lacked the political will to do something while they had the chance.