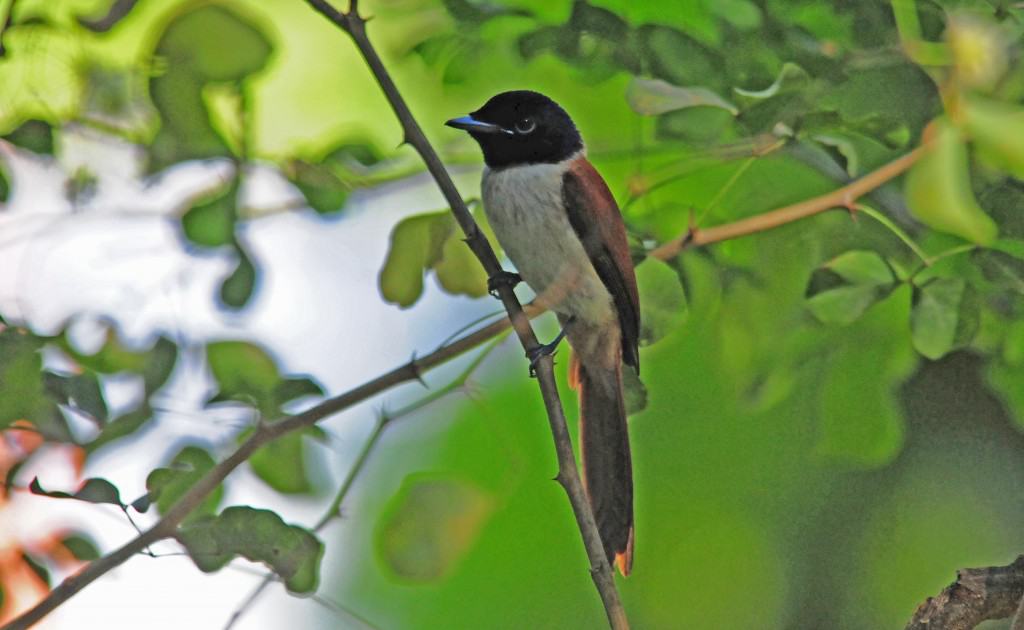 The illegal felling of mature trees on La Digue island, the stronghold of the Critically Endangered Seychelles Paradise-flycatcherTerpsiphone corvina has been exposed by the local media. In a front page article, the newspaper Le Seychelles Hebdorevealed the shocking story. The damage includes the felling and cropping of several native tree species used by the bird.

The owner of the land had made an application for a tourism development but the Department of Environment had put this on hold so as to carry out a survey. The owner apparently went ahead with land clearing. “Clearing of land and felling of the tree species in question which are protected by law require authorisation by the land use & planning authority and the Department of Environment respectively”, said Nirmal Shah, Chief Executive of Nature Seychelles (BirdLife Partner).

The land owner and the contractor who undertook the works have been fined 50,000 Seychelles Rupees each (about US$ 4,000) by the environment authorities. According to sources on La Digue those fined are refusing to pay and have their own case against the government.

Nature Seychelles, the flycatcher’s BirdLife Species Guardian is currently undertaking a small education and advocacy project on La Digue in collaboration with the Seychelles National Parks Authority (SNPA). The project is funded by Viking Optical, the BirdLife Species Champion.

“The habitat on this tiny island will always be under threat because of increasing development, and consumerism. This is why we established a second population on Denis Island”, says Nirmal Shah. There is a now a breeding population on Denis after the translocation of 23 birds in November 2008 by the Durrell Institute of Conservation and Ecologyand Nature Seychelles.

La Digue is a picturesque but rapidly changing island. The Seychelles Government is now investigating the possibility of making La Digue carbon neutral after Cousin Island Special Reserve, managed by Nature Seychelles, showed the way forward by becoming the world’s first carbon neutral nature reserve. “In fact, recent news that the government will phase out all fossil fuel vehicles on La Digue so that only electric ones are used in the future is an excellent move for general environmental protection and eco tourism on the island”, says Shah.