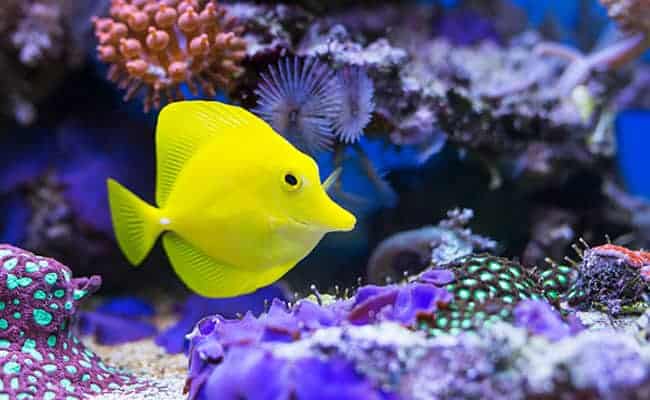 Animal advocates and conservationists have been working for years to stop the devastating impact on Hawaii’s native fish populations and coral reefs that results from removing fish for the aquarium trade, and now a bill that would help phase out the trade just needs the governor’s signature to become law.

Millions of tropical fish are taken from Earth’s oceans every year to supply the aquarium trade, and Hawaii’s waters are a major source of those fish. While methods of capture vary from place to place, and can range from using nets to highly toxic cyanide, animal advocates and conservationists have continued to raise concerns about the impact the trade is having on marine ecosystems, and the toll it’s taking on the actual fish who are taken.

For example, the fish who are torn from their homes suffer from the stress of captures, handling and transport, and many don’t live much longer once they reach their final destination. According to For the Fishes, only one in five fish survive more than six weeks after being captured, while the high mortality rate continues to raise the demand for more fish.

In Hawaii, there’s currently no limit on how many permits can be issued to collect fish, or on how many fish collectors can take.

According to the Humane Society of the United States, reports filed with the Department of Land and Natural Resources (DLNR) have shown that at least 700,000 fish, hermit crabs and other reef species are caught in Hawaii and sold for aquariums elsewhere every year, but that is a conservative estimate because reported take isn’t verifiable and the actual numbers are believed to be over one million animals being taken annually.

Lawmakers in the state recently passed legislation (SB 1240) that would help phase out collection for the aquarium trade by stopping the state from issuing new permits and requiring the DLNR to submit legislation that defines what “sustainable” means when it comes to collecting fish, among other measures.

The bill is widely supported by residents who are concerned with the impact the trade is having on fish populations, and how their absence is affecting coral reefs that depend on them. Even wildlife officials have acknowledged that herbivorous fish who are targeted by the trade are believed to be key to protecting and restoring reefs that have suffered from bleaching.

Now, it just needs Governor David Ige’s signature to become a law, and supporters are rallying support to get him to sign it.

“Hawaii residents are obviously well-informed, solution-oriented, and counting on Governor Ige to do the right thing” said Rene Umberger, executive director of For the Fishes. “Experts agree that herbivore populations are key to coral reef health, and it’s no coincidence that the herbivores taken for aquariums are missing from our reefs by the millions. SB1240 recognizes the true value of this marine life and we hope the Governor will heed the wishes of his constituents and sign this important legislation.”

Please sign and share the petition urging Governor Ige to protect Hawaii’s fish and reefs by signing this important piece of legislation.