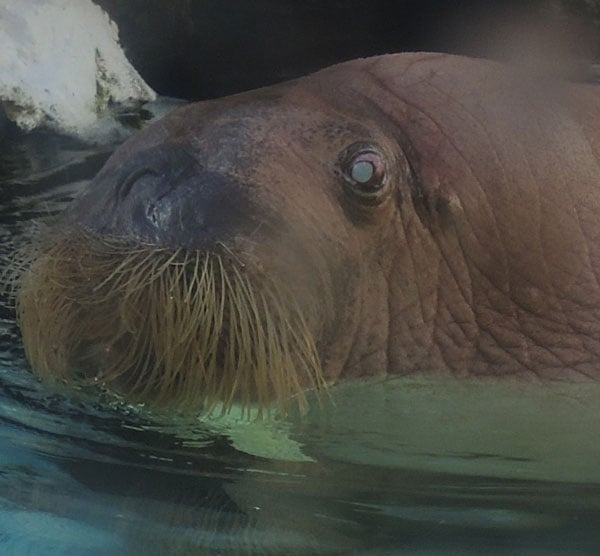 PETA knows first hand how aggressive SeaWorld gets when trying to hide its trade secrets of animal abuse. And according to a scathing article from The Travel, every SeaWorld employee is forced to participate in the company’s conspiracy to conceal its cruelty from the public.

SeaWorld wants to cover up its rampant torment of animals by any means possible.According to a Reddit post by former trainer and whistleblower John Hargrove, sea lions and walruses go blind at SeaWorld – likely as a result of poor water quality. And apparently, park employees are completely barred from telling anyone when the animals are sick. Workers are also allegedly told to lie to visitors to cover up “odd” animal behavior.

Hargrove also stated that the orcas grind their teeth and wear them down because of the lack of mental stimulation involved in being imprisoned at SeaWorld.

Trainers had to hide from the public the fact that they drilled into the orcas’ teeth and flushed them out daily so that abbesses wouldn’t form.

As stated by ex-employees, workers were allegedly exposed to hazardous cleaning chemicals and forced to mill around in the water all day without shade. In at least one instance, SeaWorld management apparently hired a trainer because they looked good in a wetsuit rather than on actual merit.

Knowing all this, it’s no surprise that employees are reportedly banned from sharing anything (positive or negative) about their work lives on social media.

SeaWorld and other marine parks teach the wrong lesson: that it’s acceptable to imprison animals, deprive them of freedom of movement, deny them the chance to establish natural territory and explore, breed and group them as we – not they – please, and watch them go insane from stress and frustration.

Whether you’re a former SeaWorld employee or someone who refuses to stand by while animals are tormented for profit, we can all be on the right side of history and demand that the park empty its tanks

This article was first published by Sea World of Hurt on 3 December 2019.