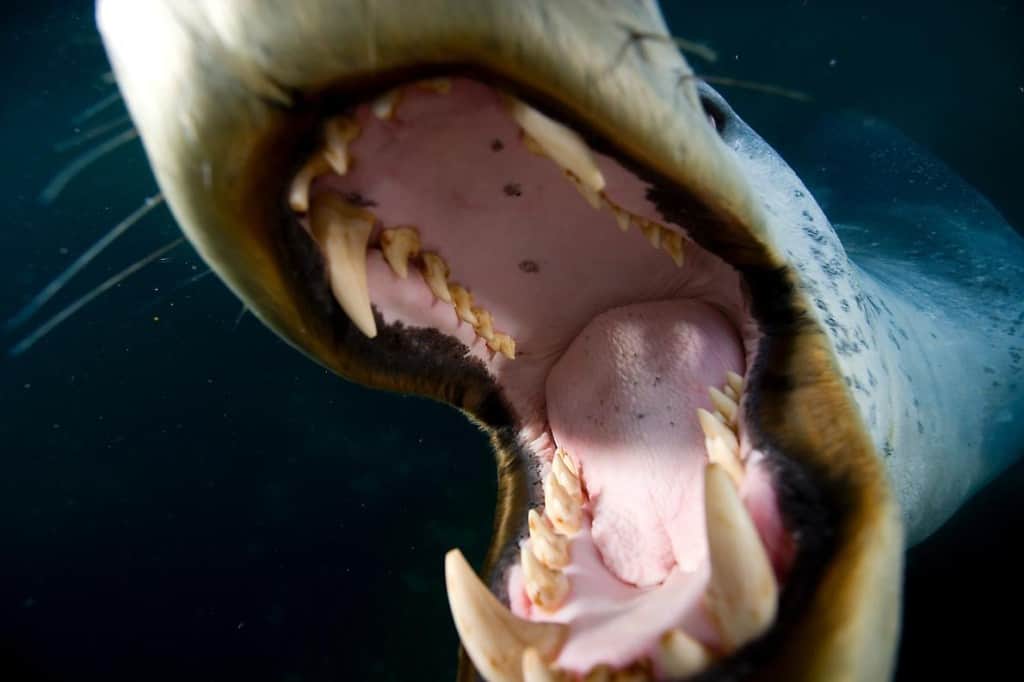 Want a shark selfie? Or a snapshot of your kid riding a wild moose?

As tourists fan out into the wilderness on summer vacations, the temptation may be there to get up close and personal with wild animals. But such interactions can have lethal consequences for man and beast.

Two tourists were gored by bison while taking pictures in Yellowstone National Park just in the past month, and a woman was killed by a lion in South Africa this week while shooting photos from inside a vehicle.

The incidents are reminders that people need to always remain “incredibly respectful of wildlife,” says National Geographic wildlife photographer Paul Nicklen, who has documented the world’s top predators, from polar bears in Greenland to penguins in Antarctica.

A few simple rules for getting a great shot without sacrificing life or limb:

Park rangers recommend always keeping a healthy distance from wild animals, often as much as 1,000 feet (300 meters). Telephoto lenses can make the action appear much closer, letting the animals be themselves.

“The best way to watch animals is to become a fly on the wall,” says Nicklen. “If you enter their comfort space you alter their behavior.”

The woman who was killed by a lion in South Africa was photographing from inside a car, though staying in a vehicle is generally a safer place to be. Animals often view cars as inanimate objects, while they often view people on foot as potential predators.

“I’ve seen people get out of their cars on game drives and start walking towards very dangerous animals,” says Ami Vitale, a National Geographic photographer who has been working in Africa.

If you don’t feel secure keep your window rolled up, says Nicklen. If you don’t have the time or gear to get a good shot, put down your camera and take in the scene.

2. Don’t approach animals—let them approach you.

A better way to get great photos is to let animals get accustomed to you in the landscape. Part of that is avoiding staring them in the eyes and approaching them directly.

“Whales hate it when you swim right for them—it overwhelms them,” says Nicklen.

Instead, wait patiently. Once the animal realizes you aren’t a threat, it may come closer, thanks to innate curiosity.

“Animals want to see you, just as you want to see them,” says Nicklen. “But I always let them dictate the interactions.”

As a result, Nicklen has had a mother leopard seal try to feed him penguins, a humpback whale calf swim playfully around him, and bull muskoxen practically nudge him. After a month of sitting in the same spot in the landscape, grizzly bears became comfortable enough to saunter within three feet of him.

But remember, don’t be the one doing the approaching. “Even deer and seemingly harmless animals can be dangerous if approached,” says Vitale.

When Nicklen photographed western Canada’s white “spirit bears” for National Geographic magazine’s August 2011 issue, he got all his best images during two days of a 90-day expedition.

“The rest of the days I didn’t see anything,” he says. “So you have to put the time in.”

Slowing down also means that you’re more likely to remain calm and quiet, which can reduce the chance of spooking animals.

Animals often communicate their intentions with body language, such as freezing up in fear or pawing the ground in a show of defensiveness. It’s important to pay attention to that, says Nicklen, but avoid ascribing too much human (or domestic animal) thought to wild animals.

“Timothy Treadwell put human behaviors on grizzly bears and it got him killed,” says Nicklen, referring to the controversial bear enthusiast who was mauled to death in Alaska in 2003 (and immortalized by a Werner Herzog film). “He would say, ‘Oh Susie you’re just in a bad mood today’ and got closer.”

Being a good visitor of the wilderness requires more respect. Remember that you get to go home after your visit and buy food at the store. “Animals have to spend all their time trying to eat, so if you make them pause you can affect their survival,” says Nicklen. “So don’t push them and enjoy it.”

This article was first published by National Geographic on 05 Jun 2015.