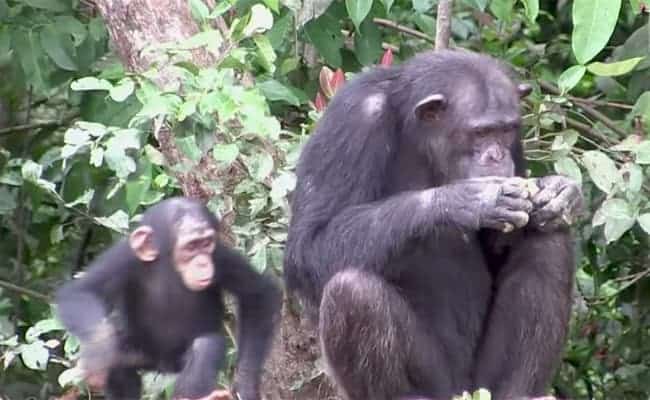 Two years ago, when Care2 member Donny Moss heard that 66 chimps had been abandoned with no food or water on islands off the coast of Liberia, he was horrified.

The New York Blood Center (NYBC) had been doing experiments testing a Hepatitis B vaccine on chimpanzees for over 30 years, but after the research program ended, they dumped the chimps on six estuary islands in Liberia.

Even though NYBC promised to provide lifetime care for these beautiful animals, that didn’t happen — until this week when NYBC finally caved to months of pressure from activists.

66 Chimps Abandoned With No Food Or Water

On March 2015, when NYBC officially pulled out, Liberians who had worked with the chimps were so concerned about the plight of the animals that they stepped in to offer their services for free. Soon after, the Humane Society of the U.S. (HSUS), along with other conservation groups, began providing emergency funding and care.

After learning the plight of these chimpanzees, Moss was determined to take action, and he was not afraid to take on the giant NYBC, a company which earned an estimated $500 million in royalties off their chimpanzee research.

As he states in this recent protest video: “The New York Blood Center needs to take responsibility for these chimps, who they kept in cages for 30 years and did horrific experiments on them before abandoning them with no food or water. And we’re not going away until they fulfill their public promise and their moral obligation to feed these chimps.”

After two long years, Donny Moss learned this week that his efforts, along with the actions of hundreds of thousands of Care2 members who signed his petitions and staged protests, have been successful.

The New York Blood Center has caved under the pressure of the bad publicity, and has announced that they will make a $6 million dollar contribution toward the lifelong care of the chimps.

Huge Congratulations to Donny Moss and the all the Care2 activists who signed his petitions!

Anatomy Of A Success

How did Donny Moss achieve this success? Through ingenuity and a lot of extremely hard work, supported by all you Care2 activists.

Moss’s first thought was to put pressure on NYBC, but that didn’t work. Along with many other activists, Moss put in numerous calls to NYBC, but they refused to even return those calls.

So the determined activist decided on a different approach: he would target the largest corporate donors and supporters of NYBC and ask them to exert their influence over NYBC by demanding that the organization provide the promised funding for the care of the chimps.

Over 127,000 Care2 activists signed his petition, and a few months later, he declared victory. You can read here how he updated his petition.

Next Moss turned to Citigroup, creating his second Care2 petition, calling on the huge banking company to stop supporting NYBC until they agreed to take care of the abandoned chimps.

This petition garnered over 224,000 signatures from Care2 members, and again ended in success! Citigroup issued a public statement calling the situation of the chimps “intolerable.”

But that still wasn’t enough for the determined Moss. His third Care2 petition, which drew signatures from over 164,000 Care2 members, targeted IBM CEO Ginni Rometty, and asked her to stop donating space to NYBC to collect blood. (NYBC earns around $300 million every year selling blood donated by the public at collection sites in and around New York City.)

And yet again he was victorious!

Two days after the IBM success, Moss led a “March for the Abandoned Chimps,” targeting the home of the chair of the board of NYBC, Howard Milstein.

And just about a week after that protest, came this huge announcement that NYBC would donate $6 million toward the care of those abandoned chimps.