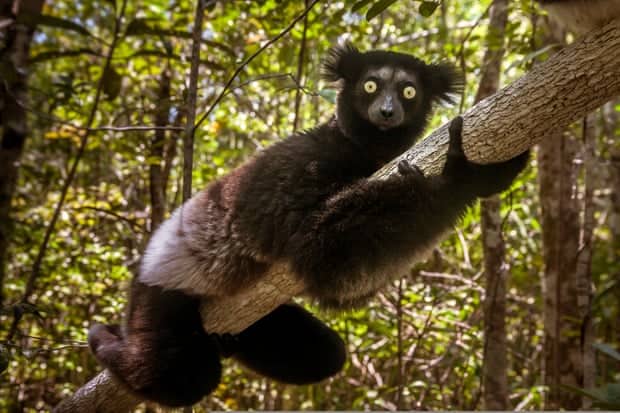 Humanity’s ongoing annihilation of wildlife is cutting down the tree of life, including the branch we are sitting on, according to a stark new analysis.

More than 300 different mammal species have been eradicated by human activities. The new research calculates the total unique evolutionary history that has been lost as a result at a startling 2.5bn years.

Furthermore, even if the destruction of wild areas, poaching and pollution were ended within 50 years and extinction rates fell back to natural levels, it would still take 5-7 million years for the natural world to recover.

Many scientists think a sixth mass extinction of life on Earth has begun, propelled by human destruction of wildlife, and 83% of wild mammals have already gone. The new work puts this in the context of the evolution and extinction of species that occurred for billions of years before modern humans arrived.

“We are doing something that will last millions of years beyond us,” said Matt Davis at Aarhus University in Denmark, who led the new research. “It shows the severity of what we are in right now. We’re entering what could be an extinction on the scale of what killed the dinosaurs.

“That is pretty scary. We are starting to cut down the whole tree [of life], including the branch we are sitting on right now.” Ecosystems around the world have already been significantly affected by the extermination of big animals such as mammoths, he said.

The new research, published in the Proceedings of the National Academy of Sciences, did not simply add up the number of lost species, as this fails to capture how unique each species is in evolutionary terms.

Instead, the researchers added up the amount of time each lost species had spent evolving since it emerged, a measure called phylogenetic diversity. There are hundreds of species of shrew, for example, but just two species of elephant. Losing elephants would therefore be like chopping a large branch off the tree of life, said Davis, whereas losing a shrew species would be like trimming off a small twig.

From the rise of modern humans to the year 1500,2bn years of evolutionary history was lost due to mammal extinctions, the researchers calculated. Since 1500, another 500m years has been lost. If the current high rate of extinctions continues for 50 years, a further 1.8bn years of phylogenetic diversity will disappear, the scientists found.

There are still many mammal species left, but all of these would have to evolve for 5-7m years into the future to get back to the level of diversity present before modern humans arrived, the researchers estimated.

Davis said each lost species had its own intrinsic value, but the loss of the most distinct creatures was most damaging: “Typically, if you have something that is off by itself, it does some job that no other species is doing.”

The losses are already affecting ecosystems, he said, particularly the vanishing of “megafauna”. These huge creatures roamed much of Earth until humans arrived and included giant cats, deer, beavers and armadillos.

“We are now living in a world without giants,” said Davis. “So the seeds of big fruit are not dispersed any more because we don’t have mammoths or gomphotheres or giant ground sloths eating those fruits.” Another example, he said, is the widespread loss of wolves. This means smaller predators like coyotes thrive and more birds are killed, radically changing food chains.

Davis said the estimated recovery times for phylogenetic diversity are conservative: “We have no reason to assume we will ever be able to bring extinction rates back down to normal background levels.” The team only looked at mammals, as they are well studied, but extinctions in other animals are just as high.

The new work did allow the researchers to identify highly endangered species with long evolutionary histories, Davis said: “This highlights species we should try to save and could help us prioritise conservation.” The black rhino, the red panda and the indri – a large lemur – are among those highlighted.

Prof Douglas Futuyma at Stony Brook University in the US, who was not part of the research team, said: “They have made a dramatic and convincing statement of how much evolutionary diversity has already been lost. The most important point is one that I believe is already widely recognised: humans are extinguishing not only many species, but many kinds of species.” He said that while overall evolutionary distinctiveness can be recovered over time, particular species – such as elephants – would never re-evolve if lost.

“We are not merely trimming the terminal twigs of the tree of life, we are lopping off entire limbs,” said Prof Stuart Pimm at Duke University, also in the US, who said the research used better data than earlier work. However, he said prioritising distinctive species was hard in practice, as it is usually overall habitats that are protected. “There’s a lot of armchair conservationists out there,” he said.

This article was first published by The Guardian on 15 Oct 2018.