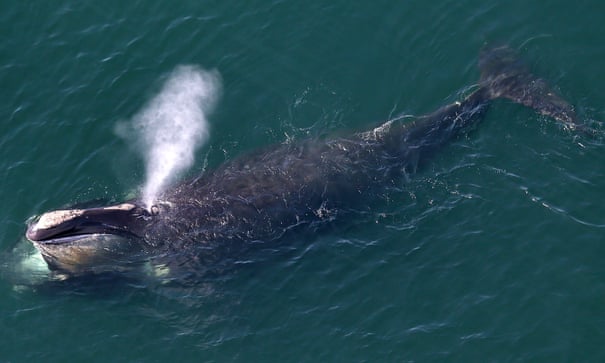 According to new modelling from the North Atlantic Right Whale Consortium, only 356 of the whales remain in the world — a significant decline from the 409 logged last year.

Of the remaining whales, only about 70 breeding females survive. Without decisive action, experts fear females could disappear in the next 10 to 20 years.

“It’s not just numbers. These are individuals that we’ve seen grow up as calves,” said Philip Hamilton, a researcher at the Anderson Cabot Center for Ocean Life. “To see them turning up dead or even worse, entangled in ropes where it takes a year to slowly die, is just gut-wrenching.”

In recent years, the Canadian government has taken steps to reduce fatalities, including limiting the speed of large ships and closing commercial fishing areas where the whales are often spotted.

But experts believe more can be done.

A move to rope-less fishing, which would allow fishermen to lay traps without lines reaching up to the surface, would have one of the most outsized impacts on fatalities, said Hamilton. Entanglements in fishing equipment are a leading cause of death among the whales.

There is still room for optimism, said Hamilton, who first started working with the whales in the mid-1980s, when the population was less than 350.

“The numbers have been this low before,” he said. “But we have to stop killing them – we’re killing them at an alarming rate.”

And to survive, the whales will have to adapt to a rapidly changing ocean ecosystem, where changes to their feeding locations present a “double whammy”, said Hamilton.

“Managing environmental change, while also having their reproduction reduced, is just untenable,” he said.

While many people will never glimpse the graceful mammals that can reach 70,000 kilograms (77 tons), Hamilton remains deeply fascinated by a species hurtling towards extinction.

This article was first published by The Guardian on 30 October 2020. Lead Image: A North Atlantic right whale off Duxbury, Massachusetts. ‘To see them turning up dead or even worse, entangled in ropes where it takes a year to slowly die, is just gut-wrenching.’ Photograph: Boston Globe/Getty Images.

What you can do to protect whales