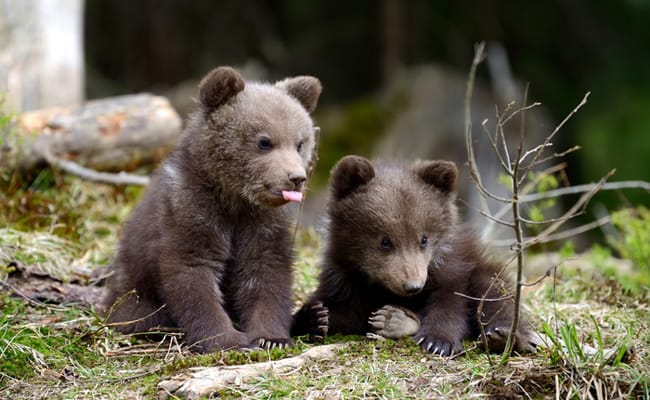 A man and his teenage son have finally been charged after illegally killing a black bear and her two newborn cubs earlier this spring in Alaska. Unfortunately, more wildlife could soon be vulnerable to the same extreme cruelty seen here that’s stirring outrage.

According to the Alaska State Troopers, which released the details of their disturbing crime this week, Andrew Renner and his son Owen skied to a remote den on Esther Island in Prince William Sound where the son shot the mother (who was wearing a GPS collar), and the father shot the two ‘shrieking’ cubs before discarding their bodies away from the den.

Two days later they returned to remove evidence and dispose of the cubs before bringing the mother’s skin and collar to the Alaska Department of Fish and Game (ADF&G), where they proceeded to lie about where she was killed, which one of them killed her, and whether she had cubs.

Joke’s on them though because unbeknownst to these ‘hunters,’ the bears they killed were part of study being conducted by the U.S. Fish and Wildlife Service (FWS) and the ADF&G, and the whole incident was captured – complete with sound – by a motion activated camera that had been set up at the den site.

They’ve both at least since been charged with unlawful take of a female with cubs, unlawfully taking bear cubs, and possessing illegally taken game, while the elder Renner was additionally charged with tampering with evidence, contributing to the delinquency of a minor, and falsifying information.

However, while the callous and calculated nature of their actions has ignited outrage, most of those charges are misdemeanors, and this is exactly the type of extreme hunting the Trump administration is pushing to allow in Alaska.

“Whenever a trophy hunter displays such disregard for law and animal life, the organizations that promote trophy hunting — and the elected officials who support their agenda — are quick to condemn the scofflaws. And it would be the right thing to do now. But it would also ring a bit hollow because they are working to make this sort of killing perfectly legal on National Park Service lands in Alaska,” said Kitty Block, acting president and CEO of the Humane Society of the United States.

In 2015, the National Park Service (NPS) finalized a rule that amended its regulations for sport hunting and trapping in Alaska to prevent cruel killing methods like this from being used on millions of acres on public lands, which was finalized a year later.

Unfortunately, they could soon be undone. After the Department of the Interior directed the NPS to reconsider its regulations last year, it published a proposed rule this spring that would give power back to Alaska’s game officials, and let them decide whether to allow these practices, which they will.

If it’s finalized, bear cubs and mothers like these could be killed while they’re hibernating, vulnerable caribou could be shot from boats while they’re swimming, dogs could be used to hunt black bears, dens would no longer provide a haven for families of wolves and coyotes who could be killed in them, and bears could once again be lured to bait piles of junk food and killed, while more could be targeted from aircraft and snowmobiles.

This would all be allowed on public lands, including national parks and preserves, despite the fact that thousands of people have already stood in opposition to these practices, and won.

Hopefully the outrage stirred by this incident will help raise awareness about this issue and how allowing such extreme hunting practices will harm the state’s vulnerable wildlife.

The official comment period has ended, but you can still use your voice to speak out against allowing this type of hunting in Alaska by signing and sharing the petition urging Interior Secretary Ryan Zinke this cruelty is unacceptable.

They should be shot themselves. No one should kill mama bear and her baby cubs.

The courts will view the misanthropes’ behavior as ‘oh well, these things happen’. All parties involved, judicial and criminal, should be publicly humiliated and caned!

Trump’s wow factor must be going down the pan. The sooner he’s voted out the better

They should be shot by now the monsters