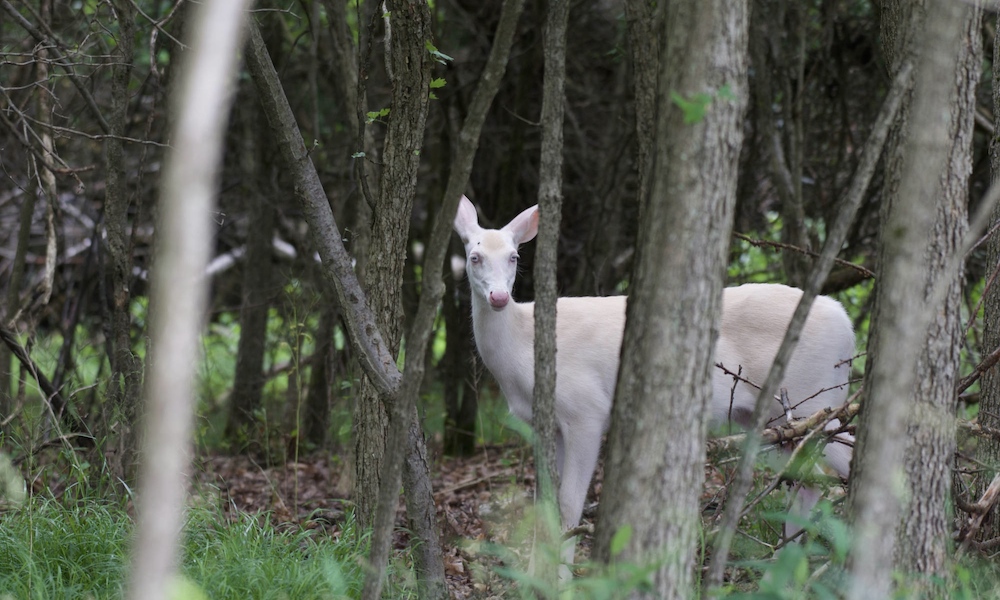 Three Maryland hunters have been charged with the illegal hunting of deer, including an albino deer that was shot from the rear seat of a vehicle.

The Maryland Department of Natural Resources, after concluding its investigation, identified the suspects as Jeremy Hoalcraft, 18, of Oakland; David Georg, 29, of Swanton, and Jordan Dawson, 22, of Deer Park.

The men are charged with killing multiple deer in Garrett County in November and early December. But at the center of the investigation was the shooting of an antlerless albino deer from a vehicle in a private field and leaving the carcass to waste.

In a news release issued Thursday, the MDNR stated that the suspects admitted to police that they were searching for deer near Blakeslee when they spotted the albino deer.

“Hoalcraft then used a rifle to shoot the albino deer from the rear seat of the vehicle,” the MDNR stated. “The albino deer reportedly ran a few feet before it fell and died.”

Hoalcraft then passed the rifle to Dawson, who fired at other deer. The men drove away, leaving the deer to waste.

It turned out that Dawson’s hunting privileges had already been revoked because of a previous conviction; he was banned from possessing guns and ammunition.

The MDNR described the charges in the news release:

He faces up to $10,500 in fines and is scheduled to appear in court at a later date. Hoalcraft was charged with hunting antlerless deer during closed season, hunting from a vehicle, possession of a loaded weapon in a vehicle, hunting without written permission, and removal of deer parts prior to reporting the harvest to the Department.