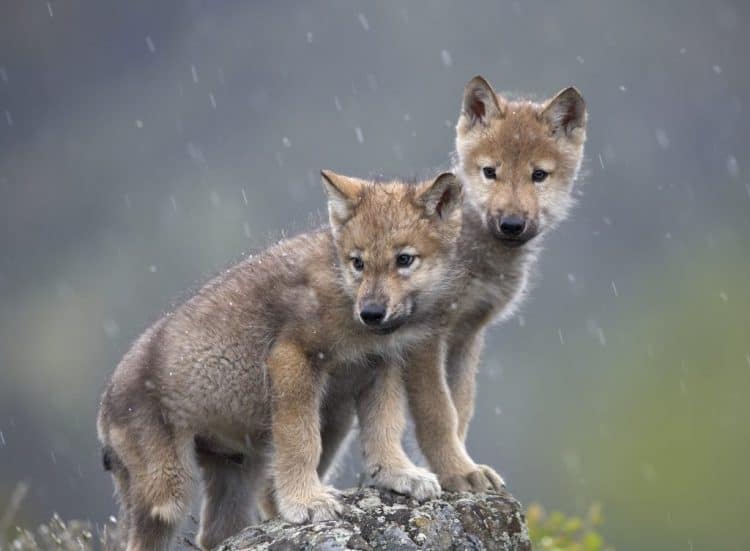 According to an analysis of records obtained by Western Watersheds Project, hunters, trappers, and state and federal agencies have killed 570 wolves in Idaho during a 12-month period from July 1, 2019 and June 30, 2020. Included in the mortality are at least 35 wolf pups, some weighing less than 16 pounds and likely only 4 to 6 weeks old. Some of the wolves shattered teeth trying to bite their way out of traps, others died of hyperthermia in traps set by the U.S.D.A. Wildlife Services, and more were gunned down in aerial control actions. The total mortality during this period represented nearly 60 percent of the 2019 year-end estimated Idaho wolf population.

“There is nothing scientific about the Idaho Department of Fish and Game’s management, which seems to be guided by anti-wolf hysteria among some members of the ranching and hunting communities, rather than any sort of conservation ethic,” said Talasi Brooks of Western Watersheds Project. “It is cruel, morally and ethically reprehensible, and policy is set through a process which denies conservation interests any voice.”

About 400 wolves have been killed each year in Idaho for the past several years, and the 570 wolves killed in 2019-2020 is record-breaking, perhaps reflecting Idaho Department of Fish and Game’s (IDFG) incentivization of wolf killing. This level of population disruption leads to population-level effects among wolves, including population decline, a younger, destabilized population, and ultimately more livestock conflicts.

“It’s sickening to see how wolves have been slaughtered in Idaho once federal Endangered Species Act protections were lifted,” said Andrea Zaccardi, a senior attorney with the Center for Biological Diversity. “If wolves are delisted nationwide, this cruelty could extend to all wolves within our country’s borders. This treatment of our nation’s wildlife is unacceptable.”

“Idaho’s reckless, violent, massacre of wolves and their pups not only showcases the worst of state wildlife “management,” it shines a light on the darkest corners of humanity. To maim, bludgeon and actively seek to destroy a native animal, that is familial and social by nature, is disgusting,” said Samantha Bruegger, Wildlife Coexistence Campaigner with WildEarth Guardians. “Tragically, the Idaho narrative clearly shows, to the rest of the country, what can happen to wolves if they are delisted from the Endangered Species Act.”

“Idaho is not ‘managing’ wolves but is attempting to reduce the state wolf population to the brink of federal relisting while jeopardizing region-wide recovery of a native carnivore. This inhumane mass killing of wolves abuses federal recovery objectives and is one of many reasons why Endangered Species Act protection is so important for gray wolves nationwide,” said Zoe Hanley of Defenders of Wildlife.

IDFG recently announced it had awarded approximately $21,000 in “challenge grants” to the north Idaho-based Foundation 4 Wildlife Management, which reimburses wolf trappers a bounty up to $1,000 per wolf killed. The Foundation also has received funding for wolf bounties from the Rocky Mountain Elk Foundation. A single individual may now kill up to 30 wolves under IDFG hunting and trapping rules—a new increase from the 20 wolves previously allowed.

“It is beyond tragic that Idaho has become the poster child for animal cruelty through their pathological destruction of wolves,” said Brooks Fahy, executive director of Predator Defense. “I find it hard to believe that most Idahoans would approve of this indefensible carnage being carried out on behalf of zealots in the ranching and hunting community. Time and again we see that removing Endangered Species Act protection and allowing states to manage wolves generally leads to mass slaughter.”

“Wolves are a native species and part of our iconic Western wildlife heritage,” said Derek Goldman, Northern Rockies Representative of the Endangered Species Coalition. “It’s deeply disappointing that Idaho Department of Fish and Game is abandoning science and ethics in its zeal to eradicate wolves, when many nonlethal, less-costly approaches to conflict prevention already exist.”