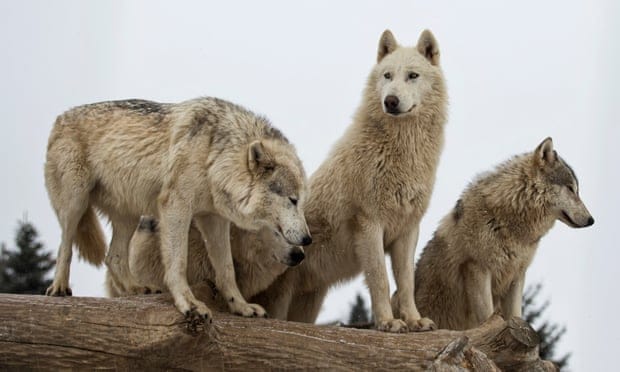 Nothing embodies wildness like wolves, our four-legged shadow, the dogs that long ago refused our campfire and today prefer freedom and risk over the soft sofa and short leash. The dogs that howl more than bark, add music to the land, and – if left alone to work their magic – make entire ecosystems healthy and whole.

Witness Yellowstone, a national park reborn in the 1990s when wolves, absent for 70 years, were reintroduced. Everything changed for the better. Elk stopped standing around like feedlot cattle. They learned to run like the wind again. Streamside willows and other riparian vegetation, previously trampled by the elk, returned as well, and with it, a chorus of birds. All because of wolves.

Yet in the state of Idaho, new legislation signed days ago by Governor Brad Little will allow professional hunters and trappers to use helicopters, snowmobiles, ATVs, night vision equipment, snares and other means to kill roughly 90% of the state’s wolves, knocking them down from an estimated 1,500 to 150. A group of retired state, federal and tribal wildlife managers wrote to Little asking him to veto the wolf kill bill, saying statewide livestock losses to wolves have been under 1% for cattle and 3% for sheep. The group further noted that the overall elk population has actually increased since wolves were reintroduced into Idaho more than two decades ago. It made no difference.

Why exterminate the wolves? To make the country safe for cattle and sheep; more productive for deer, elk, caribou and moose. To better fill hunters’ freezers with winter meat. To sell the pelts.

But there’s something more. Something nobody talks about.

“The wolf exerts a powerful influence on the human imagination,” wrote the nature writer Barry Lopez in Of Wolves and Men. “It takes your stare and turns it back on you.”

Maybe the wolf, freer than you or I will ever be, reminds us too much of our own self-domestication. That in a rush to create a stable environment, we’ve put ourselves in stables, and that paradox haunts people who see wolves as something to be feared, hated, destroyed.

America’s demonization and slaughter of wolves has been going on for centuries – fed by myths, fairytales, Disney films and more – and continues today, full throttle from Wisconsin to Idaho to Alaska. This is our true forever war – the war on Nature, specifically on wildness and its sinister poster child. The wolf could be out there right now, sneaking under the barbed wire, stalking our profits.

In November 2020, the Trump administration, as part of its rollback of environmental regulations, ordered the US Fish and Wildlife Service (USFWS) to remove the gray wolf from the endangered species list. Western ranchers and farmers were pleased; wildlife advocates called the decision “willful ignorance”. EcoWatch reported that the de-listing occurred “despite the enduring precarity of wolf populations throughout much of the country. According to the most recent USFWS data, there are only 108 wolves in Washington state, 158 in Oregon, and 15 in California, while wolves are ‘functionally extinct’ in Nevada, Utah, and Colorado.”

“Wisconsin’s brutal wolf hunt in late February generated outrage – and for good reason,” Jodi Habush Sinykin, an environmental attorney, and Donald Waller, an ecologist and conservation biologist, wrote in the Washington Post. “Throngs of unlicensed hunters joined those with licenses with packs of dogs, snowmobiles and GPS technology. The wolves stood no chance. This unprecedented hunt took place during the breeding season, killing pregnant females and disrupting family packs at a time critical to pup survival. A full accounting of the hunt’s biological toll is impossible, as the state declined to inspect carcasses.”

Who are we, as a species? Are we global gardeners, or might we be good guardians as well?

As for Alaska: if you want to see a wolf this summer, skip Denali national park, where the Toklat pack – Alaska’s most famous wolf pack, studied since the late 1930s – has been decimated by hunters and trappers who bait the animals just outside park boundaries. The legendary wildlife biologist Adolph Murie, who studied the Toklat pack for three years and teased apart more than 1,700 scat samples, came to a stunning conclusion: wolves that prey on caribou and Dall sheep primarily take the old or infirm. In effect, they create strong prey populations. Wolves are nature’s chisel and lathe.

And wolf attacks on humans are so rare as to be statistically non-existent.

Over the past half-century, wildlife around the world has dropped 68%. The human race, together with our livestock, now accounts for more than 95% of all mammal biomass on Earth. Everything else – from whales to wolves to lions, tigers and bears – adds up to only 4.2%. And that percentage continues to fall.

Knowing that, who are we, as a species? Are we global gardeners who manage everything – plant and animal – as crops on a sustained yield basis, where wildlife is game and wolves are pests? Or might we be good guardians as well, caretakers who regard others beyond ourselves as capable of love; of celebrating their young and mourning their dead?

While writing Of Wolves and Men in the late 1970s, Barry Lopez raised two hybrid red wolves, Prairie and River, an experience that he said gave him “a fundamental joy”. He concluded: “I learned from River that I was a human being and that he was a wolf and that we were different. I valued him as a creature, but he did not have to be what I imagined he was. It is with this freedom from dogma, I think, that the meaning of the words ‘the celebration of life’ becomes clear.”

Kim Heacox is the author of many books, including The Only Kayak, a memoir, and Jimmy Bluefeather, a novel, both winners of the National Outdoor Book Award. He lives in Alaska

This article was first published by The Guardian on 12 May 2021. Lead Image: ‘According to the most recent data, there are only 108 wolves in Washington state, 158 in Oregon, and 15 in California. Wolves are functionally extinct in Nevada, Utah, and Colorado.’ Photograph: Lynn Bystrom/Getty Images/iStockphoto.