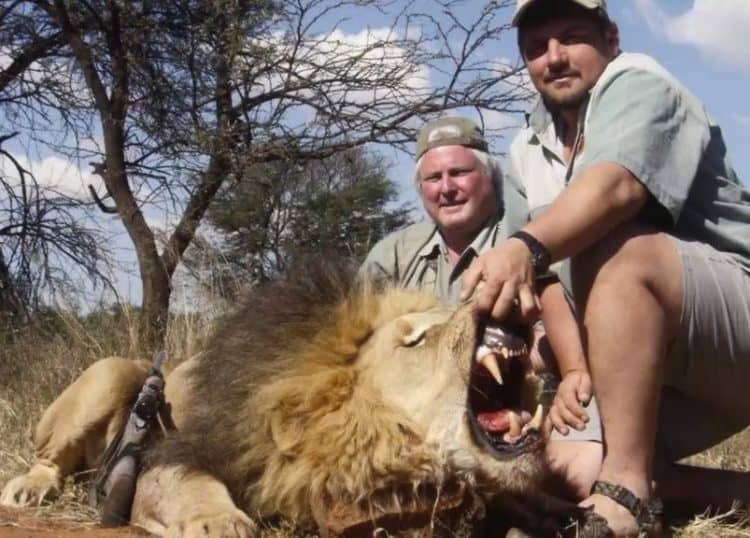 It may be hard to believe that a group of celebrity and professional trophy hunters, a director of the National Rifle Association, and the president of the world’s largest trophy hunting group are advising our government on wildlife conservation.

But that is exactly what the International Wildlife Conservation Council, a panel appointed by the Trump administration, is tasked with – a privilege they have exploited abundantly over the last two years to ensure that U.S. policy favors trophy hunters.

This week, at the panel’s fifth meeting since it was created in 2017, it became clearer than ever that this group does not have the interests of animals – or the wishes of a majority of Americans – at heart.

Instead of spending their time considering the plethora of threats to African wildlife, which are driving many species to extinction, the members of the IWCC put on a pathetic display of ignorance, arrogance and manufactured “facts” to protect their own trophy hunting interests.

The group also failed to once acknowledge what multiple hunting industry reports and polls have shown in recent years – that 63-78% of Americans (including those associated with hunting communities) believe that trophy hunting is not an acceptable reason to hunt.

The IWCC symbolizes how far the United States has strayed from its position as a leader in wildlife conservation. Its very existence is illegal, because federal laws prohibit the establishment of advisory councils stocked with members who have political and financial interests in the agency action they’re influencing. The fact that the IWCC is mostly made up of trophy hunters and that one of them is the president of Conservation Force, which has filed dozens of applications on behalf of its trophy hunting clients to import body parts of at-risk animals like elephants, black rhinos, lions and other imperiled species, makes it more of a trophy hunting trade association than a public policy panel.

The Humane Society of the United States and our partners are now engaged in a lawsuit challenging the legality of the IWCC. To our staff who attended this two-day meeting, it was abundantly clear that in addition to its other flaws, this panel is just a small group of elitist hunters clinging desperately to a colonial-American culture even as most Americans have moved on to a better appreciation of the risks wildlife face in our world today. They bring no value to the Department of the Interior’s understanding of wildlife conservation and should not be granted exclusive opportunity to influence our government through a special advisory panel just so they themselves can continue to hunt down — for fun — animals who are fast vanishing from earth.

This article was first published by A Humane World on 18 October 2019.

so true humans are the only ones who get pleasure in the kill animals only hunt for food not for ego & trophies that is a practice of serial killers & they all should be stopped permanently no one not even one human should be able to kill or abuse any animal!!!!!!!!!!!!!!

Trophy hunting is titled “culture”? HOW? I really doubt hundreds of years ago in our “culture” that anyone hunted solely so they could have a trophy!!

I WISH GOD WOULD HUNT THEM , UGLY FAT LOSERS

if you want to hunt, build a time machine and go back to the stone age, sorry sucka heartless, soulless losers

The only good hunter is a dead one.Hunt the hunters!! OH YESSSS!!!!

hunting is when u r hungry…this is brainless killing

ALL killing is heartless

“In a civilized and cultivated country wild animals only continue to exist at all when preserved by sportsmen. The excellent people who protest against all hunting, and consider sportsmen as enemies of wildlife, are ignorant of the fact that in reality the genuine sportsman is by all odds the most important factor in keeping the larger and more valuable wild creatures from total extermination.” – Theodore Roosevelt

Maybe 100 years ago when sportemen had SOME ethics, but that most certainly isn’t true now.

Time to act. #cullourspecies of those who prey on the innocent, helpless ensuring they’ll never prey again, Justice!

Killing for body parts is sadistic. Call all State agencies and Federal agencies Govenor State Senator Congressman. Let them know you are opposed to trophy hunting.