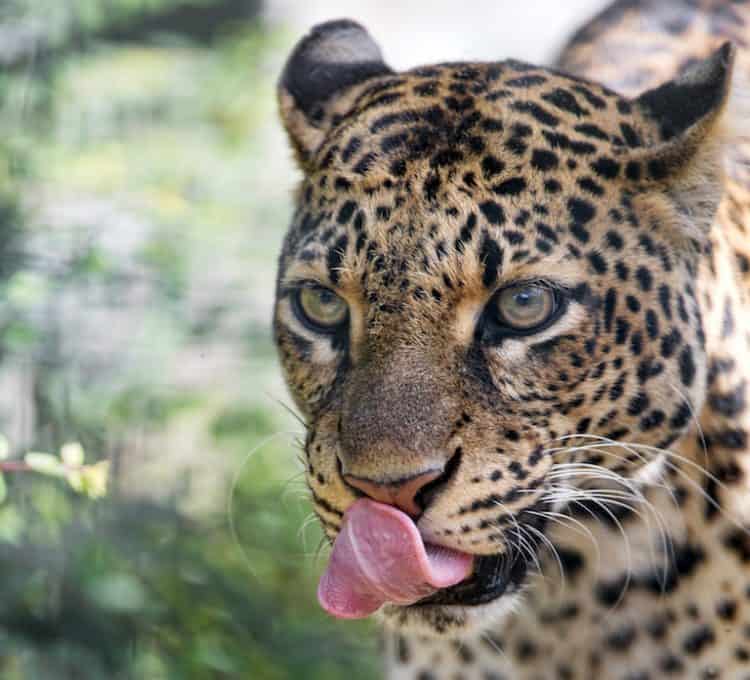 This is the story of how Indonesia is losing its spots. In a recent paper published in Nature Conservation, researchers found that the archipelagic nation has a significant illegal trade in two regional leopard species: the Javan leopard (Panthera pardus melas) and the Sunda clouded leopard (Neofelis diardi).

This trafficking could pose a serious threat to two species that are already facing extinction — especially as it remains largely unrecognized as a problem.

“Like many things on our radar, we picked these species up because they’re not on anyone else’s radar,” said Chris Shepherd, co-author of the new paper and executive director of the Monitor Conservation Research Society, which focuses on lesser-known species in the wildlife trade. “We didn’t expect as much illegal trade as we found. But starting to look at seizure data, we realized there were quite a few, and then quite a bit more once we really started digging.”

Using media reports, published literature, and the government’s open-access court-case database, the researchers collected 41 records of leopard parts or living animals seized by authorities between 2011 and 2019. They estimate that the products of these seizures — including skins, teeth, claws, paws, skulls, taxidermy products, and live cubs — represent at least 83 animals, comprising 51 Javan leopards and 32 Sunda clouded leopards. While the majority of these seizures occurred within Indonesia, the authors also documented three seized international shipments that originated in Indonesia: one to Russia, one to Kuwait, and one to the United Kingdom.

Found only on Java, the Javan leopard is classified by the IUCN as critically endangered, as its already tiny population (estimated at 350 to 525 remaining, only 250 of which are breeding adults) is splintered by development that confines the species to small pockets of forest. The 4,500 remaining Sunda clouded leopards, classified as vulnerable, live only on Borneo and Sumatra.

“For both species, as soon as you start removing animals, especially adults, there could be severe conservation consequences,” Shepherd said. He added it’s likely these records don’t capture the full extent of trade in these species: “When we look at seizures, you often hear terms like ‘tip of the iceberg.’ We don’t know what percentage these seizures represent.”

Leopard skins, taxidermied animals, and live individuals kept as pets often serve as status symbols in Indonesia; and, Shepherd says, as a species becomes rare, demand for it often shoots up in Indonesia.

Other products are sold for use in traditional medicine. Just as seen with tigers, nearly every part of the leopard has some ascribed use: pelts are used to treat skin disease, claws and teeth as amulets, and meat and bones to enhance male virility and strength. (These claims are not supported by Western medicine, and herbal alternatives exist within traditional medicine.) In fact, with tigers becoming rarer and even locally extinct in Asia, experts are concerned that leopard poaching could be rising in order to make up for the decrease in tiger parts. Shepherd says they’ve already seen an increase in the trade of lion bones from Africa and jaguar parts from South America.

This flourishing trade is helped along by a lax system for persecuting wildlife crime. Despite strict protections for both leopard species under Indonesian law and international regulations, the Monitor paper documented only 20 prosecutions. Of those, the longest sentence was two years and a fine equivalent to $3,550; most sentences were around one year or less, with fines.

“The law enforcement agencies, the prosecutors, the police, and even the judges, they still think that this kind of crime is not a big crime,” said Iding Haidir, a clouded leopard researcher and a forest ecosystem specialist at Indonesia’s Kerinci Seblat National Park, who was not involved in the recent paper.

And when it comes to leopards specifically, Haidir says Indonesian conservation and law enforcement remain largely unaware of the scale of the problem.

“Some people will say, ‘It doesn’t happen here. We don’t have a leopard trade,’” he said. “I think this [paper] is like a wake up alarm for us. We are very much focused on bigger, more charismatic animals like the Sumatran tiger, and then we are less interested in small carnivores.”

As a result, law enforcement fails to serve as a deterrent in Indonesia, says Vincent Niijman, a professor in anthropology at Oxford Brookes University who has studied the illegal wildlife trade in Indonesia and beyond. Though Nijman did not work on the Monitor paper, he has previously co-authored research with Shepherd.

Nijman pointed out that international sales, despite being only a fraction of Indonesia’s domestic sales, often receive much more legal and media attention than those within the country — a focus he ranked as being somewhere between “tunnel vision, in a sense, or being very pragmatic.”

“It’s perhaps where society at large has more sympathy for going after the guys,” he said; it’s much harder, in these cases, to claim that a trader did not know they were breaking a law. Yet Nijman says most of the in-country wildlife traders he has interacted with know the laws better than most, as they affect the value and price of their products.

Focusing on the international trade, though, takes away from the much larger problem: stopping crime within the country. Given Indonesia’s lack of a minimum sentence for many crimes, the prosecution of wildlife crimes is often entirely up to the discretion of the law enforcement officers involved in a case.

“We need to improve the awareness of the judges, the prosecutors, and the police,” said Haidir, who suggested workshops or on-the-job training to help law enforcement understand the importance of prosecuting wildlife crime. “It’s important they see that these are not isolated, single incidents where a poacher got this one species. It’s interconnected.”

When it comes to Indonesia’s leopards, Haidir also emphasized the importance of educating the public more broadly about these species. He told the story of a collaboration with local schools in Sumatra, in which children were asked to paint murals on the theme of wild cats. The first year of the program, the paintings all showed tigers. But in the years following, Haidir and his colleagues worked with the schools to introduce clouded leopards into their curriculum. When they ran the mural project again, at least half of the paintings showed clouded leopards.

“These components, I think, are very important to raise people’s awareness that these leopards are our pride, our national animals, and that protecting their population and their habitats is as important as protecting our livelihood,” Haidir said.

This article by Claudia Geib was first published on Mongabay.com on 24 March 2021. Lead Image: A female Javan leopard, pictured here at Tierpark Berlin. Found in the wild only on Indonesia’s Java Island, the species’ population is believed to be down to as few as 350 individuals. Image by Tambako The Jaguar via Flickr (CC BY-ND 2.0).