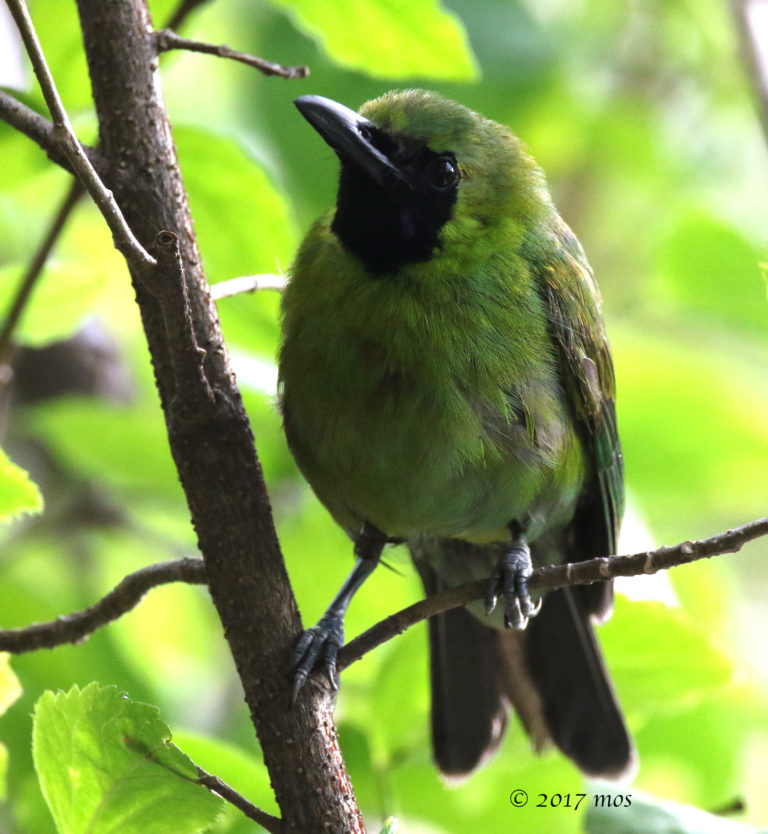 JAKARTA — Songbird owners in Indonesia are up in arms over the recent inclusion of hundreds of bird species in the national list of protected animals. The owners plan to protest outside the Ministry of Environment and Forestry in Central Jakarta on Aug. 14, according to the Indonesian Songbird Fan Club (FKMI), a coalition of owners’ groups.

The move comes in response to the ministry’s expansion of the list of protected species to 919, from 677 previously. The majority of the listed species, which are prohibited from being traded or hunted, are birds, at 562, including species typically caught and caged for the popular and highly lucrative songbird trade. These include the white-rumped shama (Kittacincla malabarica), greater green leafbird (Chloropsis sonnerati) and straw-headed bulbul (Pycnonotus zeylanicus).

“We call for the support and participation of all songbird fans, including bird sellers who have been immediately impacted [by the updated regulation],” the head of the songbird owners’ group Indo Jaya Nusantara, who is identified as Christ Murdoch,said in a statement on Omkicau, one of the biggest songbird enthusiast forums in Indonesia.

The FKMI has also taken its movement to Facebook and Twitter, where it is spreading the hashtag #TolakPermenLHK20, short for “Reject ministerial regulation No. 20.”

The group says the ban on buying and selling commonly traded songbirds lacks scientific and cultural bases. It says several species included in the update are currently bred on a large scale, and are far from endangered.

Designating these species as off-limits could put captive-breeding facilities for songbirds out of business, said a man identified as Bang Boy who is the head of BnR, another songbird owners’ group. This new policy, he said as quoted by local media, “has created worry among vendors, captive-bird breeders and songbird fans.”

Birdkeeping is a popular pastime in Indonesia, particularly among the Javanese, in large part because it signifies status and is thought to promote peace of mind. Songbirds are also prized for use in contests, which have spawned thriving networks of clubs, online forums and blogs.

The hobby has grown popular beyond Java, thanks largely to the government’s transmigration program that relocated residents of the densely populated island to other parts of the country. That allowed Javanese customs like birdkeeping to take root in those regions.

But Indonesia is also home to the largest number of threatened bird species in Asia, according to TRAFFIC, a wildlife trade monitoring group.

Previous studies on the bird trade have highlighted urban markets in Java and Sumatra. A 2005 report estimated that an average of 614,180 native songbirds were trapped and traded annually throughout the two islands.

Bird markets in large cities such as Jakarta are also hotspots for the trade, legal and illegal, in other wildlife species. Jakarta’s Pramuka Market, in particular, is a notorious hub for the illegal wildlife trade. In 2016, TRAFFIC carried a comprehensive survey at the market where the group’s researchers, posing as buyers,counted 87 shops selling a total of 16,160 birds comprising 180 different species.

The songbird owners say their biggest concern is the question of whether the new policy renders illegal their ownership of birds not previously listed as protected.

Indonesia’s conservation act prescribes jail sentences of up to five years and/or fines of up to 100 million rupiah ($6,800) for trading in, keeping, distributing or killing a protected species.

The environment ministry, however, has said the updated list will not be enforced retroactively.

“It’s not true that people who already own or captive-breed [newly protected] birds like white-rumped shama, straw-headed bulbul and such will be charged [under the revised list],” Wiratno, the ministry’s director general for conservation, said in a statement.

“It’s also not true that captive breeding of birds is now prohibited,” he added. “What we want to do, instead, is to manage it and get everything in order so that we can properly document each species’ population in its natural habitat.”

A 1999 government regulation on the natural resource management allows registered facilities to catch a protected species in the wild for captive-breeding purposes and to sell the offspring, which are not designated as protected species. For their part, the facilities must release 10 percent of their captive-born stock back into the wild as part of ex-situ conservation efforts, i.e. outside the species’ native habitat.

“We need to realize that pet ownership must also guarantee the population of songbirds in the wild,” Wiratno said. “We are calling all stakeholders to support in-situ conservation of bird species with the help of ex-situ conservation.”

He added that his office would discuss the ongoing concerns with the songbird owners’ groups.

The ministry has also given owners and breeders of newly protected species time to register with local-level government conservation agencies, known as BKSDAs. During this grace period, they will be required to show ownership documents and captive-breeding permits, as well as have their animals tagged.

“We are establishing posts at every provincial BKSDA to collect data of people who own these newly protected bird species,” Wiratno said. “It’s free and we won’t make the process difficult. It’s going to be easier because we want valid data. I think there are millions of songbird fans in the country.”

Wildlife conservation activists have welcomed the expanded list as a major step forward in the protection of Indonesia’s threatened animals and plants, even though enforcement of the policy isn’t retroactive.

However, they have warned of a potential surge in the illegal trade by unscrupulous parties trying to obtain newly protected species and get them registered during the grace period.

“The most challenging task will be to prove whether an animal has been captured before or after the new list came out,” Sunarto, a wildlife ecologist at WWF-Indonesia, told Mongabay. “Another challenge is whether people will voluntarily come forward to the BKSDA and report their ownership of a protected species.”

Sunarto called on the environment ministry to actively raise public awareness about the new list of protected species.

Sofi Mardiah, a wildlife policy program manager at Wildlife Conservation Society-Indonesia, who was involved in discussions with the environment ministry about the grace period, said capturing newly protected species from the wild after the publication of the updated list would constitute a violation of the conservation act.

“The transition period is for those who already own these species before the decree came into effect,” she said.

Sofi added the grace period could start as soon as next week and conclude by the end of the year. “If it runs for too long, then it’s going to confuse people,” she said.

Sofi also said the data collection effort during this period would allow the establishment of a comprehensive, publicly accessible catalogue of pet owners and captive-breeding facilities.

“Legal ownership of protected species often falls into a gray area. This is an opportunity to improve the system and have complete data on domestic sales and transactions [from captive breeders], so monitoring them can be easy,” she said.

Another anticipated outcome from the imposition of the updated list is whether some owners will feel compelled to turn in their now protected animals to the authorities.

“But it’s up to the owners whether they decide to keep or hand over their animals,” Sofi said. “If they decide to hand them over to the authorities, then there are procedures in place to rehabilitate the animal before it gets released back to the wild.”

This article was written by Basten Gokkon and first published by Mongabay.com on 14 Aug 2018.