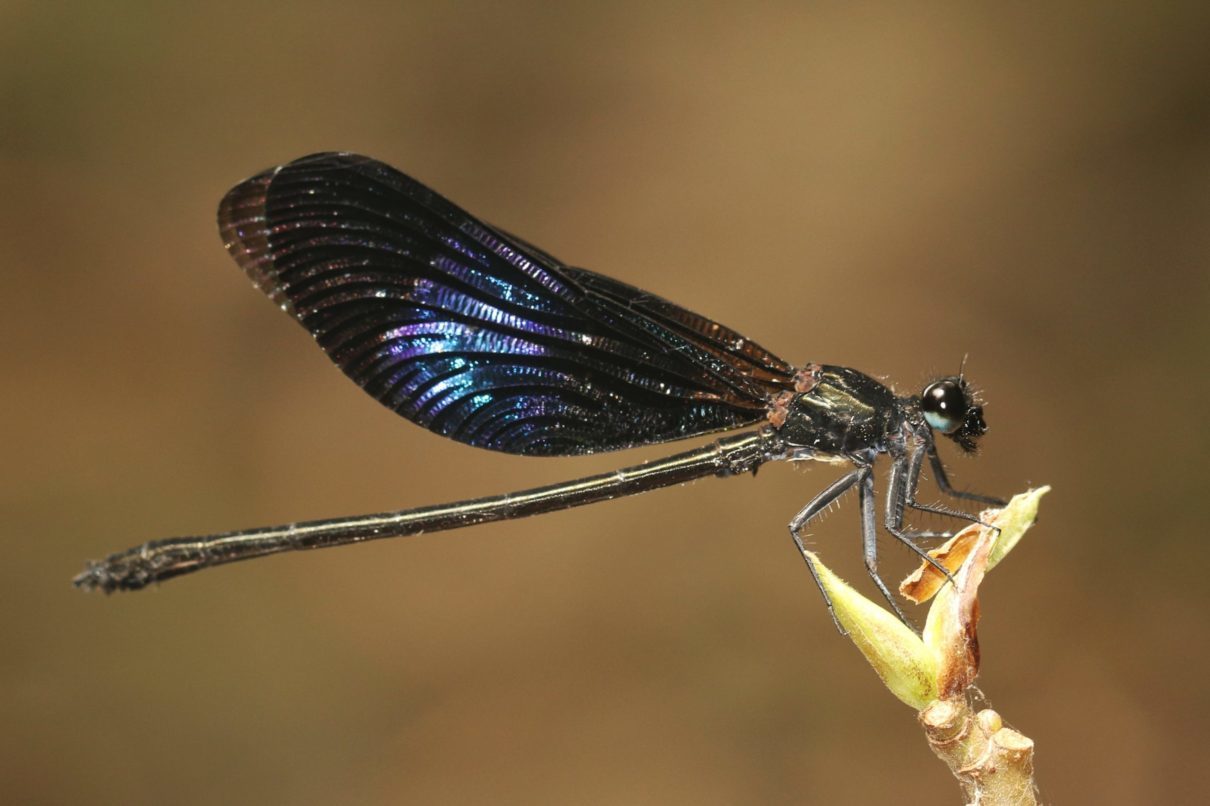 The island’s biodiversity is globally recognized for both its diversity and endemism of fauna and flora, and this is true of its dragonflies and damselflies, or odonates in general.

With 130 known species, 58 of Sri Lankan dragonflies and damselflies are endemic to the country. In addition to these, Sri Lankan subspecies of eight other species are also endemic, elevating the total number of endemics to 66 (50.8%) and thus making Sri Lanka the country with the highest density of endemic odonates in South Asia.

Highest endemism in the region

Though Sri Lanka has a very high number of endemic dragonflies and damselflies, and they have been studied for more than two and a half centuries, very little was known about them until a couple decades ago.

Most were only known by their scientific names and basic descriptions. Then dawned a golden era of research and explorations into the world of Sri Lankan odonata, led by several odonatologists and naturalists. Field explorations coupled with taxonomic studies over the past three decades explored their natural history and taxonomy, and more than a dozen endemics were discovered during this period.

Most importantly, the knowledge gained was documented for the use of others, which helped build a surge of interest in dragonflies and damselflies among the naturalist community in Sri Lanka.

Endemic odonates occur in most parts of Sri Lanka. Among them, species like the Sri Lanka orange-faced sprite (Pseudagrion rubriceps ceylonicum) and stripe-headed threadtail (Prodasineura sita) are widespread in the lowlands. However, the species density of endemics is highest in the wet climatic zone, including in the southwestern part of the country.

Due to variations in geography and climatic conditions, different mountain ranges in Sri Lanka have different ecological characteristics providing unique evolutionary pressures for speciation. This is clearly evident among the species in the family Platystictidae, which has the highest diversity among Sri Lankan damselflies with 26 species and 100% endemism.

These damselflies, generally referred to as shadowdamsels and forestdamsels, are shade-loving, close-canopy forest-dwelling species with relatively low mobility. Their habitat–specificity, coupled with limited dispersal ability, has resulted in many restricted-range species confined to different geographical regions. These include the Adam’s shadowdamsel (Ceylonosticta adami), among the rarest of damselflies and restricted to the Knuckles Mountain Range, and multiple other shadowdamsel (Ceylonosticta spp.) species restricted to the Peak Wilderness Mountain Range.

Of the more common endemics, the shining gossamerwing (Euphaea splendens) is probably the most common one in the wet zone of Sri Lanka. This species inhabits a wide range of streams both in and outside forests.

The female shining gossamerwing is known to remain underwater for many minutes and lay its eggs in submerged plant material. The endemic dragonfly Yerbury’s elf (Tetrathemis yerburii) is another remarkable species as it is the only known Sri Lankan dragonfly to lay its eggs on plant material above water, thus keeping them exposed to the atmosphere. This species, mainly distributed in the wet zone, is often found inhabiting shady wells with earthen walls, which are usually overgrown with ferns and other such vegetation.

With years of explorations, it is now understood that many endemic species once thought to be rare and known only from a handful of specimens are out there in the biodiversity-rich rainforests and montane cloud forests, hiding from plain sight.

Species like the Sri Lanka emerald spreadwing (Sinhalestes orientalis), which was not recorded for more than 150 years and once thought to be possibly extinct, was later rediscovered from the Peak Wilderness Mountain range.

The smoky-winged threadtail (Elattoneura leucostigma), which was not seen for more than 40 years, was recently recorded from several locations in the highlands including Horton Plains National Park, which is one of the most visited parks in the country.

Similarly, Nietner’s grappletail (Heliogomphus nietneri), a species only known from a single specimen for more than 120 years, was recently recorded from multiple locations in the Knuckles Mountain Range, which is one of the most popular travel destination among local travelers.

One reason for some of these rarities to be overlooked for prolonged periods is the fact that they are highly seasonal. Certain species like the shadow damsels of the genus Ceylonosticta, especially in the highlands, are only observed for a couple of months during or immediately after the southwestern monsoon. They are also very habitat specific and usually occur only in their preferred habitats, thus making it crucial to be in the right place at the right time to find these species.

Over the years, researchers and naturalists have gathered a considerable amount of data on these species, gradually widening the horizons of our understanding of the endemic dragonflies and damselflies of Sri Lanka. With recent findings, we now have a better understanding on where and when these amazing species occur.

However, despite decades of research and explorations, some rarities still remain hidden. Species such as Flint’s cruiser (Macromia flinti), which has only been collected once, in 1970, and Keiser’s forktail (Macrogomphus annulatus keiseri), last collected in 1970, have evaded researchers despite their search attempts. Whether they are still surviving the various threats and pressures on dragonflies and damselflies, their habitats and ecosystems, is still an unanswered question.

Further explorations targeting the missing, lesser-known and undescribed species; research on understanding their biology, ecology and biogeography; as well as research focused on investigating the impacts of climate change, pollution and other environmental changes on their survival, are crucial to supporting the conservation of these enigmatic Sri Lankan endemics.

It is hoped that with the use of novel research and conservation tools and opportunities such as citizen science, we will be able to create a better future for the endemic dragonflies and damselflies of Sri Lanka.

Amila Prasanna Sumanapala is a field researcher studying the faunal biodiversity of Sri Lanka. He is currently doing postgraduate work on Sri Lankan Odonata, an order of carnivorous insects that include dragonflies and damselflies, and has more than a decade of experience in biodiversity research and assessments. He serves as an active member of several conservation organizations.

This article by Amila Prasanna Sumanapala was first published on Mongabay.com on 18 May 2021. Lead Image: A shining gossamerwing (Euphaea splendens), a damselfly found only in Sri Lanka, courtesy of Amila P. Sumanapala.