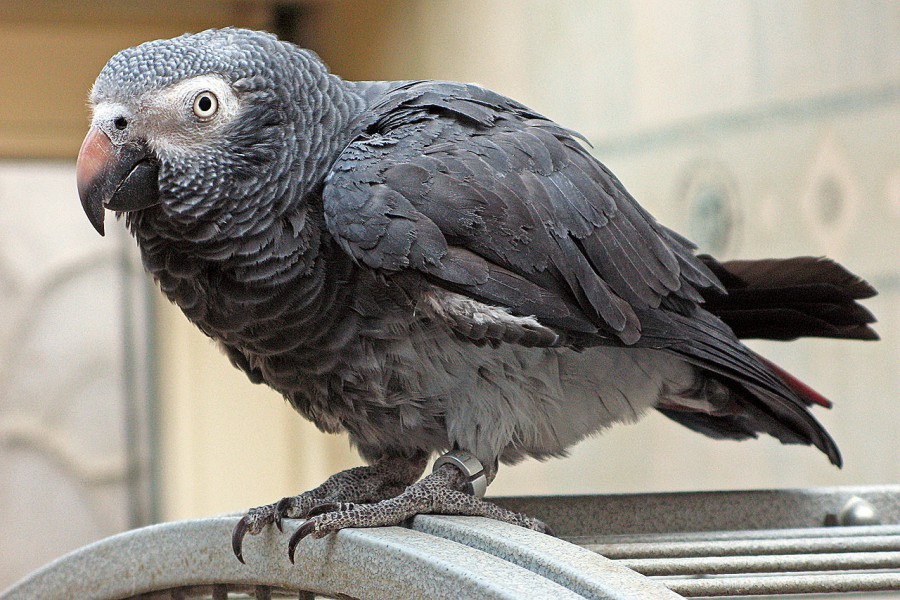 At a conservation meeting in South Africa last month, countries voted to ban all international commercial trade in wild-caught African grey parrots by including the species in the Appendix I of the Convention on International Trade in Endangered Species of Wild Fauna and Flora (CITES). Captive-bred birds will be allowed to be traded, but only from breeding facilities that are registered with CITES.

Seven range countries Angola, Chad, Gabon, Guinea, Nigeria, Senegal and Togo, along with the European Union and the United States of America sponsored the proposal at the 17th meeting of the Conference of the Parties (CoP) to CITES in Johannesburg, South Africa.

“If this bird could talk — and it certainly can — the African grey parrot would say thank you,” Susan Lieberman, VP of International Policy at the Wildlife Conservation Society (WCS) and head of the WCS delegation at CITES, said in a statement. “Now with the protection of Appendix I, and the enhanced enforcement that is needed, the voice of the African grey parrot will not be silenced across the great forests of Africa.”

But these gregarious birdscan also be trapped easily from the wild in large numbers, resultingin unrestricted trapping for the pet trade.This unregulated trade, however, has decimated wild parrot populations across Africa. In Ghana, for instance, nearly 99 percent of African grey parrots have disappeared from the country’s forests since 1992, a study published last year found. Most other range countries have also reported a population decline of around 50 percent over three generations.

In fact, the species is now extremely rare or locally extinct in Benin, Burundi, Guinea, Guinea-Bissau, Kenya, Rwanda, Tanzania and Togo. Following its widespread decline, the African grey parrotwas up-listed to Vulnerable in the IUCN Red List in 2012.

Illegal trade in these birdsis also rampant under the guise of legal trade, the proposal submitted by the range countries notes, thanks to “falsified or fraudulent CITES permits, clandestine shipments, or through false identification of wild-caught birds as captive-bred.”

According to the proposal, several range countries have reported large exports of captive-bred specimens despite there being no known breeding facilities in these countries. For example, some 7,266 birds were reported as captive-bred specimens by Guinea, Central African Republic, ROC, Côte d’Ivoire, Liberia, Cameroon and Democratic Republic of Congo between 2008 and 2013. However, no African grey parrot captive breeding facility is known to exist in these countries.

Currently, most African grey parrot exports originate in the Congo basin, according to WWF.

“Fraud and corruption have enabled traffickers to vastly exceed current quotas and continue to harvest unsustainable numbers of African grey parrots from Congo’s forests to feed the illegal trade,” Colman O Criodain, WWF Global Wildlife Policy Manager, said in a statement. “Banning the trade will make it easier for law enforcement agencies to crack down on the poachers and smugglers, and give the remaining wild populations some much-needed breathing space.”

This article was first published by Mongabay.com on 03 Oct 2016.

Wonderful news! Now tell the poachers of which governmental personnel are often involved!!!!!