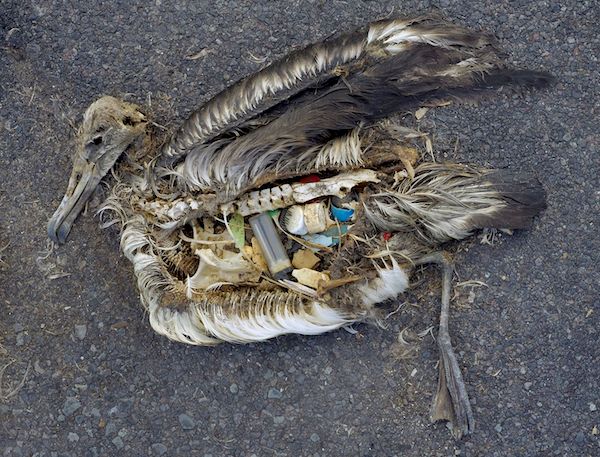 Every year, 20 million tons of plastic enters the world’s oceans. In 2012, the Rio +20 United Nations Conference on Sustainable Development dubbed marine plastic litter “a major environmental issue that the world must address,” and asked for management action by 2025. One group of researchers started early and was among the first to take on the Rio +20 call to tackle marine plastic pollution, presenting a “Top Ten” list of recommendations ranging from international treaties to public education and awareness programs.

“Plastic marine litter is far more than an aesthetic problem,” writes the team from the UCLA Institute of the Environment and Sustainability in a study published in UCLA’s Pritzker Environmental Law and Policy Briefs. “Increasing harm to marine wildlife and rising economic costs provide an enormous incentive to tackle the global plastic marine litter problem more aggressively.”

The team suggests that international cooperation is among the most urgent action needed to better control marine plastic waste. One of their recommendations is an international treaty on par with the 1989 Montreal Protocol—an international treaty designed to protect the ozone layer—that would employ strong monitoring, tracking and reporting practices, along with marine litter standards enforceable on a global scale.

Another international treaty the team proposes would ban some of the most common and damaging types of plastic pollution such as single-use plastic bags, foam food containers and fish-egg-sized pellets of plastic used for manufacturing purposes. These materials are often confused as food by marine organisms and can cause digestive problems or other health complications if consumed. Additionally, the treaty would mandate a transition to plastics that are recycled by a rate of at least 75 percent.

But implementing programs on this magnitude isn’t simple, according to Mark Gold, lead researcher and Associate Director and Coastal Center Director of the Institute of the Environment and Sustainability at UCLA.

“The obstacles are enormous,” Gold said. “There are no effective multi-national environmental laws except the Montreal Protocol and the Antarctic Treaty. Lacks of mandatory monitoring, adequate reporting and enforcement have been enormous obstacles for these multi-national environmental agreements. Lack of funding to implement these programs is a major issue as well.”

In addition to efforts at the international level, the study also includes local action recommendations, such as an “Ocean Friendly” certification program, increasing funding for marine litter remediation programs, accelerating and expanding clean-up efforts and raising public awareness through education. One of the main goals of the Ocean Friendly certification program would be to reduce plastic production by consumer-driven incentives for companies to use recycled or biodegradable materials in product packaging. To help fund remediation programs, the team suggests implementing a port fee of one dollar per shipping container or imposing taxes on the most common types of plastic litter.

Animals readily mistake plastic floating in the ocean for food. This albatross chick likely starved after it was fed too much plastic by its parents. Photo courtesy of the U.S. Fish and Wildlife Service.

Aside from the “Top Ten” list, Gold challenges consumers to change shopping habits and use reusable bags, avoid buying products or food in single use plastic packaging and, if possible, buy in bulk to reduce packaging. Gold also recommends foregoing straws or plastic cutlery, and suggests opting for reusable water bottles or canteens instead of plastic bottles.

Another option for consumers is volunteering with a cleanup program. One of the largest volunteer events is International Coastal Clean-Up Day, which occurs this year in September. Under this program, nine million volunteers from 152 countries have removed 145 million pounds of shoreline trash over the past 25 years.

This article was written by Chuck Samoray for Mongabay.com