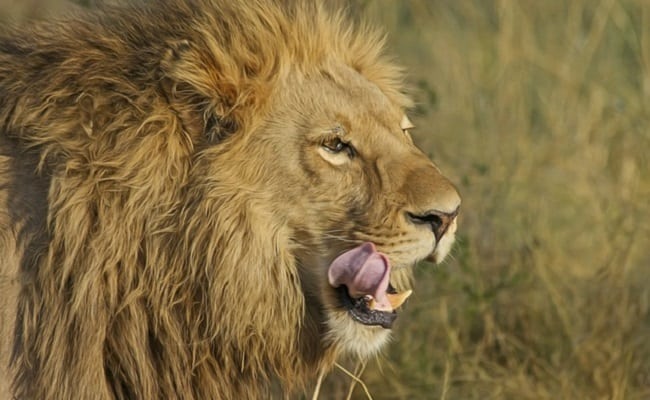 A year ago, three male lions were killed not far from Kruger National Park in South Africa. Poachers poisoned them, then cut off and took their heads and paws.

Last week a pride of lions in the nearby Umbabat Private Nature Reserve mauled to death and then devoured most of a man who was illegally hunting there. They left only his head intact, almost as if they were sending a message.

The man was believed to be a poacher because loaded rifles and ammunition were found near what remained of him. His sister-in-law identified him as David Baloyi, 50, of Mozambique.

When Baloyi and two other hunters trespassed onto the private reserve late at night, they were either stalked by or surprised the pride. The other two men escaped and told their families what had happened.

Police are investigating whether the men were poachers. South Africa is the world’s largest exporter of lion bones, teeth and claws, according to a report last year by the Environmental Investigation Agency. The body parts of lions are sometimes used in traditional medicine in Africa and elsewhere, BBC News reports. Unfortunately, they’re growing in popularity in some parts of Asia, according to the Born Free Foundation. Due to the diminishing number of tigers and a ban on tiger trading in China, lion bones are increasingly being substituted for tiger bones, which are believed to bring good luck.

Yet rhinos, not tigers, are more frequently the victims of poachers in South Africa. In Vietnam and other Asian countries, their horns are believed to be an aphrodisiac and also have the ability to cure health conditions like cancer. (Rhino horns are made of keratin, just like hair and fingernails, and are not proven to have any special powers.) Back in 2007, poachers killed 13 rhinos; by 2017, that number skyrocketed to 1,028.

As Care2′s Kevin Mathews wrote in November after three rhinos were killed in the park, South Africa is beginning to crack down on poaching, out of compassion as well as the fact that the loss of animals is having a negative economic impact on the country’s safari tourism industry.

To discourage poaching, park rangers are receiving specialized training, radio communications are improving, trained dogs are tracking poachers over long distances, and coordination with law enforcement in the bordering country of Mozambique has improved, National Geographic reports. New mobile surveillance technology called “Meerkat,” which has the ability to detect human movements and alert rangers, has also been effective.

The managers of Umbabat said expensive security measures are in place to keep away poachers who regularly target the private reserve’s rhinos and lions, as well as its elephants, hyenas, pangolins and vultures.

These measures failed to keep Baloyi out of the reserve, but hopefully his gruesome death will serve as an effective deterrent for other poachers.