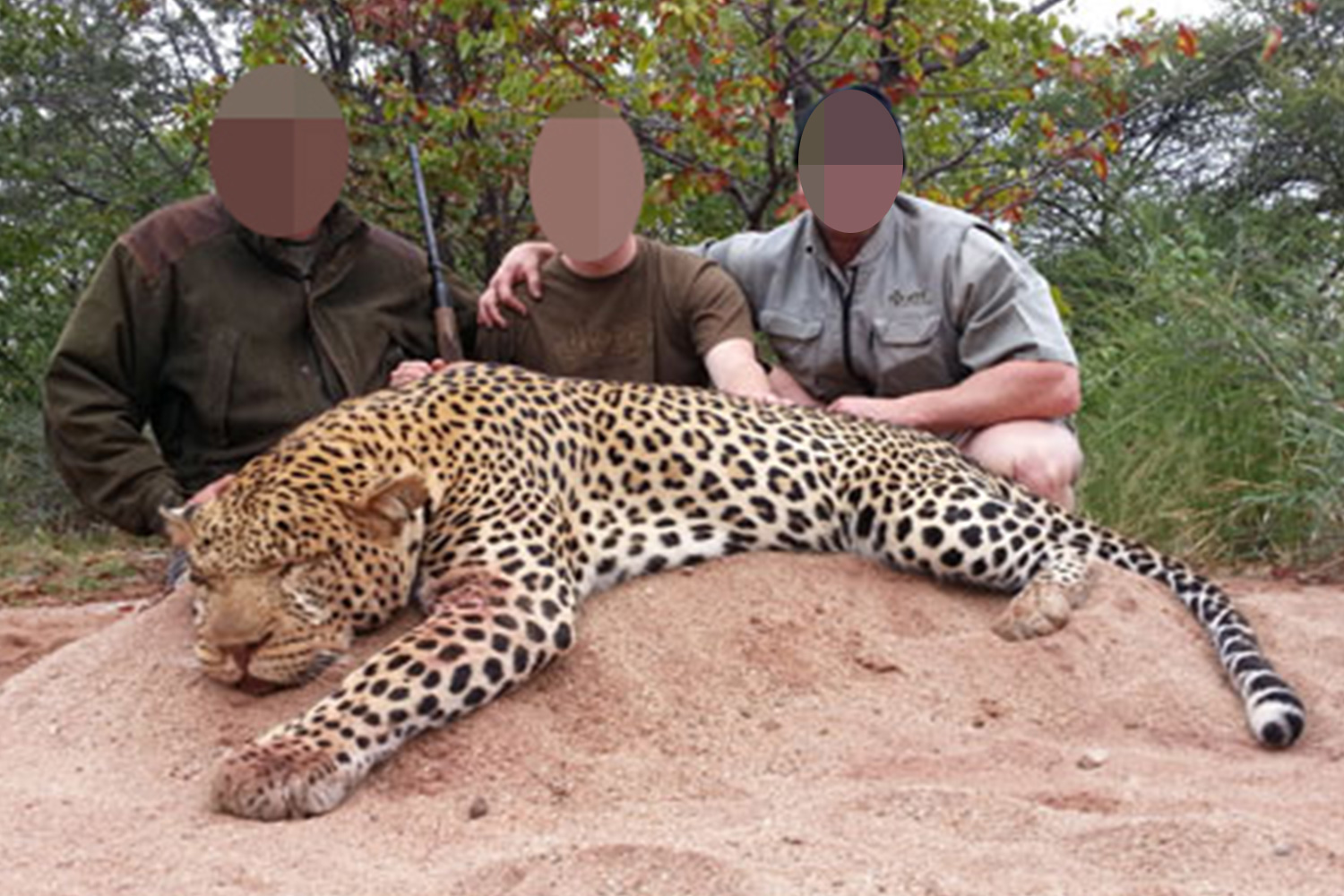 Pathetic trophy hunters can pay extra to have majestic lions, giraffes and zebras “kneecapped” before they hunt them, so they’re guaranteed to get a kill-shot, it has been claimed.

After shelling out around £50 k on the initial safari, the hunters can pay thousands extra per animal they wish to kill.

According to BILD, a salesperson from HHK Safaris told a reporter: “We drive up to 30 meters with leopards, shoot the animal in the legs first, then you can kill it”.

On their website, HHK Safaris describe themselves as: “Africa’s largest safari operator, with exclusive control over some of Africa’s best Hunting and Fishing concessions.

“Our wildlife concessions and our diverse hunting quotas allow us to tailor safaris to our clients’ individual demands”. HHK Safaris told Sun Online they deny these claims. The company’s website boasts endless snaps of dead beasts

And it’s not the first time a safari company has been accused of offering sickening deals. Following a year–long investigation into the callous industry headed by former Tory peer Lord Ashcroft, it was revealed last year huge numbers of lions are targeted inside fenced enclosures by wealthy trophy hunters.

Dubbed “canned hunting” animals are bred inside enclosures where they are then hunted down by wealthy tourists. According to brochures, hunters can pay prices ranging from £200 to £12,000 to kill animals on the sick canned hunting farms – including giraffe, baboons, hippos and buffalo.

Endangered animals such as elephants, tigers, lion and rhino also have a price on their heads – but they are each quoted ‘depending on availability’. Those that aren’t shot by the heartless hunters are butchered in slaughterhouses for their bones – used to treat ailments like rheumatism.

Besides the bones, other body parts are in great demand as the animal represents strength and bravery, which are believed to be transferred to the patient. And in October, a sick safari company was slammed for offering bargain hunting packages with a sickening kill one, shoot one for free deal.

The ‘Big 5’ consists of the Cape Buffalo, elephant, leopard, lion, and rhinoceros – which are the most difficult and most dangerous species to hunt. The news comes as wildlife campaigners say it is has never been cheaper to become a trophy hunter, reports The Mirror.

This article was first published by The Sun on 31 January 2020.