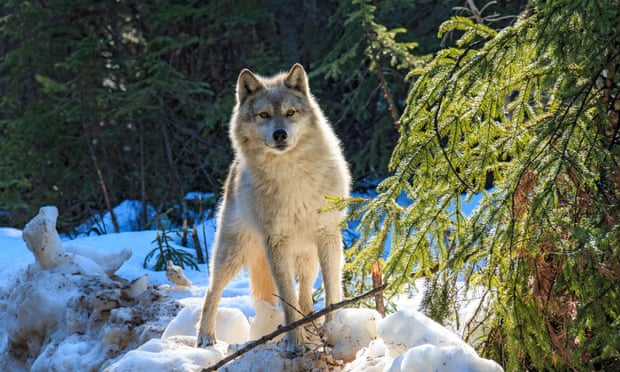 With their ability to glide silently through snow drifts and vanish into forests, mountain caribou have been called the grey ghosts of western Canada’s alpine region.

But in recent years, a steep drop in their population has raised fears the knobby-kneed ungulates may disappear forever.

The rapid decline of mountain caribou has alarmed both biologists and government officials and prompted an aggressive response. In 2015, British Columbia placed a bounty on wolves, which the province believed to be a key threat to the ailing herds. The sanctioned cull is estimated to have killed more than a thousand of the apex predators.

But a new study from the University of Alberta suggests that the cull is doing little to save the most vulnerable caribou populations.

For decades, the mountain caribou – an ecotype of woodland caribou that once ranged from Alaska down to Montana and Idaho – has suffered catastrophic decline.

Biologists have long suspected habitat degradation and increased predation were to blame. In addition to clearcutting forests, human incursions into the hinterlands – by snowmobile and ski trails – have created corridors for wolves to more easily stalk caribou.

Today, roughly 46,800 mountain caribou remain. Both the central and southern mountain ecotypes are considered endangered, with only 1,825 remaining. They now only live in British Columbia after having effectively disappeared from the United States.

In 2019, an influential study suggested that culling wolves and creating fenced refuges for pregnant females could help stem the demise of mountain caribou. The government of British Columbia cited the paper’s findings to establish an expanded wolf cull, believed to have killed more than 460 wolves in the last year – part of the province’s multimillion-dollar caribou recovery plan.

But after running their own simulations, a team of researchers at the University of Alberta concluded that killing wolves wasn’t saving the caribou in areas where caribou were most vulnerable and at risk.

In a new paper, published in the journal Biology and Conservation, the researchers used the same data results from the 2019 paper, but added a null model – a “self-check” meant to determine if a pattern is real, or just part of a random variation – to their statistical analysis of areas where caribou are declining.

The team could find no statistical support for claims that culling wolves and penning in pregnant caribou offset population decline – especially in the most vulnerable cases.

In the case of the endangered Wells Grey herd in central British Columbia, which has suffered one of the worst population declines, the researchers found that wolves weren’t even a major predator: bears, cougars and wolverines were far more deadly.

“The [2019 study] cannot be considered sufficient to make far-reaching decisions on killing animals and where to place conservation priorities,” concluded University of Alberta’s Toby Spribille, a biologist and co-author of the new paper.

Spribille anticipates the findings will generate controversy, largely because in some cases, killing wolves has been shown to save caribou and increase herd numbers.

Environmental groups opposed to the cull have welcomed the findings. Wolves have been an easy villain, but a focus on predation ignores a more complex web of factors in the decline of the caribou, they argue.

“When you remove top level apex predators, like wolves, you see a collapse of ecosystems from insects to riparian areas, to the predator prey relationship to the forest cover itself,” said Ian McAllister, executive director at Pacific Wild, a conservation organisation. “Wolves in every meaning of the word are being used as a scapegoat for government negligence.”

Spribille and his colleagues believe habitat degradation, in the form of clear-cut logging practices, inflicts far greater harm on the caribou. By chopping down old trees, loggers remove critical food sources, as well as valuable shelter. It takes roughly 80 years for a forest to mature to the point that it produces a suitable amount of lichen, says Spribille, the main staple of the mountain caribou.

A study published in May found that over the last five years, the British Columbia government has permitted more than 900 sq km of land to be logged, despite the forests being listed as critical caribou habitat. In the last year, 314 logging cut-blocks have been approved in areas where the caribou are most vulnerable.

Spribille, who comes from a small community in the region where forestry is a large industry, understands the tensions and difficulties that many face in confronting the reality that human action plays an outsized role in the decline of caribou.

“When you talk about habitat degradation, you’re talking about people’s livelihoods. I understand that things like this are going to be controversial,” he said.

This article was first published by The Guardian on 14 July 2020. Lead Image: In 2015, British Columbia placed a bounty on wolves, which the province believed to be a key threat to caribou. Photograph: Yvette Cardozo/Alamy.