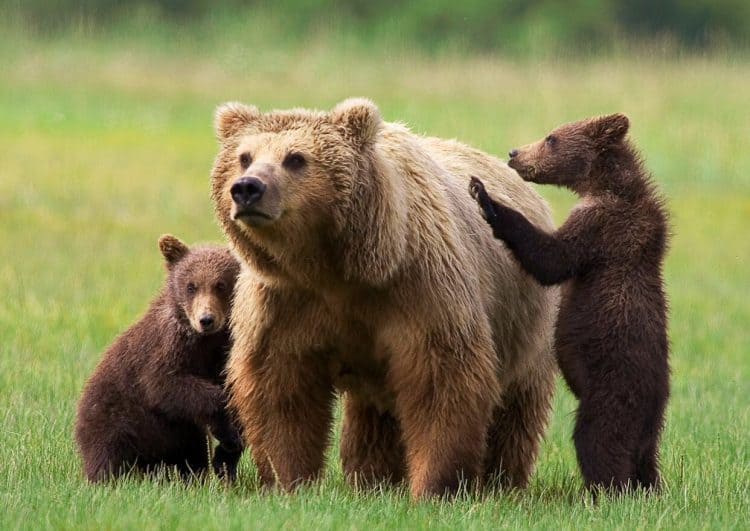 MISSOULA, Mont.— A federal judge in Montana signed an order today requiring the U.S. Fish and Wildlife Service to review the status of grizzly bears by March 2021 — a step that could prompt the agency to look at a broader plan for recovering bears in the lower 48 states.

This agreement resolves one claim in the Center for Biological Diversity’s ongoing lawsuit that challenges the Trump administration’s failure to update the federal recovery plan for grizzly bears. The recovery plan is now more than 25 years old and does not reflect current science.

“Grizzlies in the lower 48 still face an uphill battle to recovery,” said Andrea Santarsiere, a senior attorney at the Center. “I really hope this review will convince the Fish and Wildlife Service to revisit the idea of reintroducing grizzly bears in more areas of their historic range, as the agency proposed in its last status review.”

Grizzly bears in the lower 48 states have been listed as threatened under the Endangered Species Act since 1975. The Act requires the Fish and Wildlife Service to prepare a status review for listed species at least once every five years — yet the last status review for grizzlies was published more than eight years ago, in 2011.

In that status review, the Service acknowledged that the 1993 recovery plan no longer reflected best available science and needed to be updated to consider additional recovery areas. The Center’s lawsuit asks the court to force the agency to update the outdated plan and evaluate the need to pursue grizzly bear recovery in additional areas where suitable habitat exists.

“It’s frustrating that we have to sue the Trump administration again and again to force it to follow the law,” Santarsiere said. “We look forward to receiving an updated recovery plan that can serve as a step toward fully recovering grizzly bears in the wild.”

The Center’s lawsuit follows the Trump administration’s 2017 decision to strip federal protection from Yellowstone grizzlies, which a judge overturned in September 2018.

This article was first published by The Center for Biological Diversity on 9 December 2019.