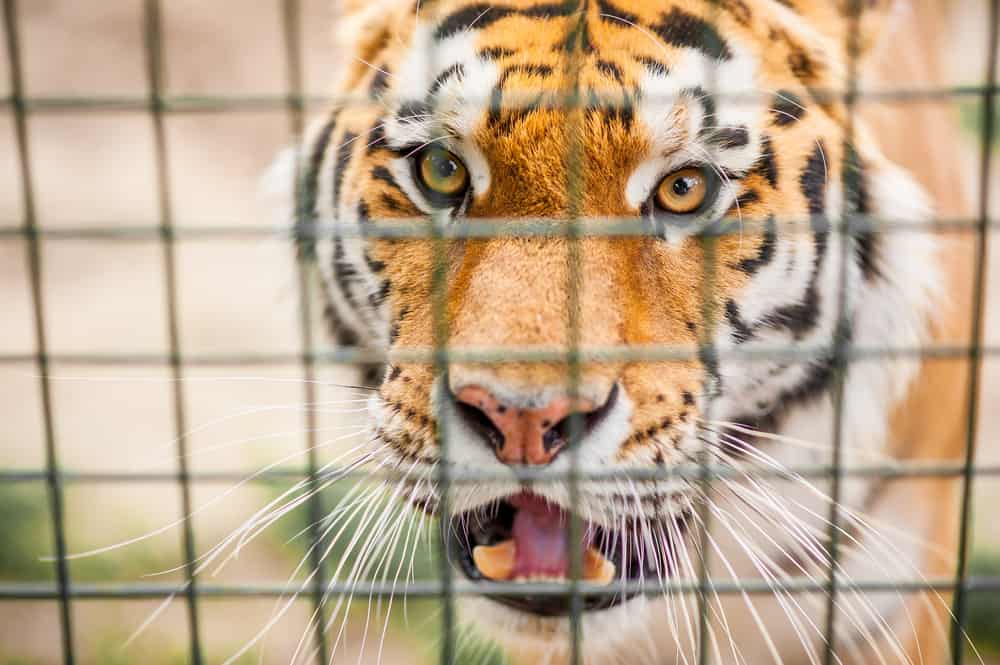 Joe Exotic was known as “The Tiger King” for a long time. Until September 18th, he ran a tiger breeding and cub-petting attraction. But he has now been sentenced to 22 years in prison after being convicted on two counts of murder-for-hire and 17 wildlife charges. This story highlights just why activists continue to fight so hard to free wild animals from captivity. Animals do not belong in such places and the methods in which they get there involve cruelty and capture.

There are currently more tigers in captivity in the U.S. alone than there are in the wild. People in the U.S. have a serious problem in believing that big cats are pets and that they exist for our entertainment. That“cool” selfie with a tiger on Instagram came at the price of a wild animal’s freedom and life.

Joe Exotic’s murder-for-hire charges stemmed from his ridiculous efforts to ensure that he can continue to exploit animals. Carole Baskin, founder of the Big Cat Rescue Wildlife Sanctuary in Florida has a website in which she profiles people who mass-breed tigers, separate cubs from mothers, and then use them as photo props.

Of course, Joe was on the list. Thankfully, people understood the message and were empathetic to the animals, which meant his business was affected. So he decided to try to have her killed.

He tried to kill a woman who genuinely does care for tigers, unlike his false “tiger king” image. She was proven absolutely right when he was also found guilty of his wildlife charges which include killing five tigers by shooting them in the head to make room for other cats.

It was all about profit and just a business to him. On top of killing tigers, he also trafficked them as well as other endangered animals. According to National Geographic, he falsified government documents, laundered money, and evaded taxes.

Fortunately, tigers rescued from his horrible business will live out their lives in peace and happiness at the Wild Animal Sanctuary.

Joe Exotic’s story is absolutely horrible and we hope it sheds light on the captive tiger industry and the many ways that wildlife tourist attractions are dangerous to people and especially the wild animals that don’t belong there.

This article was first published by OneGreenPlanet on 9 February 2020.