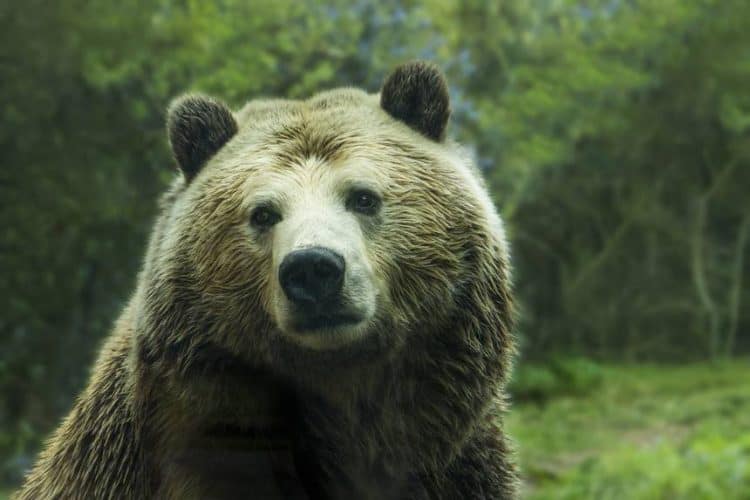 A hunter was hospitalized after the bear he shot tumbled down a ridge and hit him.

Bears are big. Maybe that’s why some people get excited about shooting them, I don’t know.

But here’s the thing, if you’re going to go shooting bears, you have to realize that the endeavor comes with some risks.

Such is the sad case of a man who went out hunting large majestic animals over the weekend near Carter Lake, south of Anchorage, Alaska. According to the state Department of Public Safety (DPS), a 28-year-old man and his 19-year-old hunting partner saw a bear up on a ridge, right above them, and shot it.

And then the bear did what shot bears on ridges do – it rolled down, bringing a rain of rocks along with it. Unfortunately for the older hunter, the bear tumbled directly into him. He was taken by helicopter to a hospital with “life-threatening injuries,” the DPS said.

The report failed to say if the bear survived or what kind of bear it was. But given that black bears can weigh up to 350 pounds, while brown bears can reach up to 900 and grizzlies can weigh a whopping 1,400 pounds – suffice to say being hit by one would be incredibly dangerous. We do hope that both bear and man make a complete recovery.

So the moral of the story is? Don’t shoot bears on ridges directly above you. And better yet, don’t shoot bears at all – you never know what freak accident they may have in store for you.

This article was first published by Treehugger.com on 01 Oct 2018.