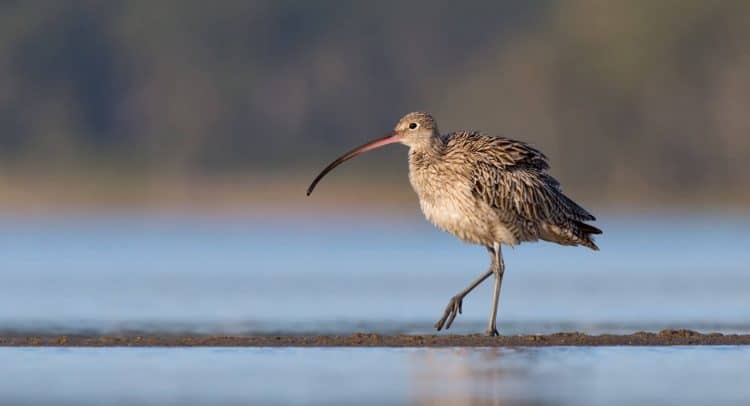 Everyone knows that Australians love to relax on the beach. But for some species, Moreton Bay on the east coast represents the difference between life and death.

Every year, over 40,000 migratory shorebirds overwinter here. Among them is the Far Eastern Curlew Numenius madagascariensis (Endangered), a bird whose population has plummeted by 80 per cent in the past 30 years due to the destruction of coastal habitats along its migration route.

Moreton Bay is a crucial lifeline for this species: every year, 3,000 Far Eastern Curlews overwinter at its mud flats, which are the final stop on their incredible southward migration.

Here, they rest and build up essential fat stores needed to return to their breeding grounds in the Arctic. Juveniles can spend up to two years here, learning the foraging skills they will need for life. But for how much longer?

Moreton Bay is a Key Biodiversity Area and a Ramsar Wetland of International Importance. Furthermore, BirdLife Australia has declared it as the single most important site for Far Eastern Curlew in the country.

Despite this, in 2016 Walker Group – Australia’s largest private developer and a major donor to the current government – proposed to build a marina and high-rise residential complex at Toondah Harbour, right on top of this precious wetland.

This plan would permanently destroy essential shorebird feeding habitats and set a worrying precedent, threatening Ramsar sites worldwide. And it’s not only BirdLife Australia that has been arguing against the proposed development.

Public records show the Australian Government’s own experts advised the Minister for the Environment to declare it ‘clearly unacceptable’. Despite this, in 2018 the government progressed the plan to the next phase of assessment.

But like the Curlew’s migration, this fight has a long way to go before it’s over. In May, BirdLife Australia joined over 500 local bird lovers in a protest held the site of the proposed development.

First they formed the outline of a Far Eastern Curlew, and then a line in the mud to represent their opposition to the plan. Over 4,000 people have added their support to an online petition, and further revelations on the inappropriate influence of Walker Group on Government processes are fuelling concern about the Toondah Harbour development.

International pressure will play a key role in ensuring this precious Ramsar site is protected for migratory shorebirds. Please sign the petition: www.actforbirds.org/toondah

This article was first published by BirdLife International on 29 August 2019.