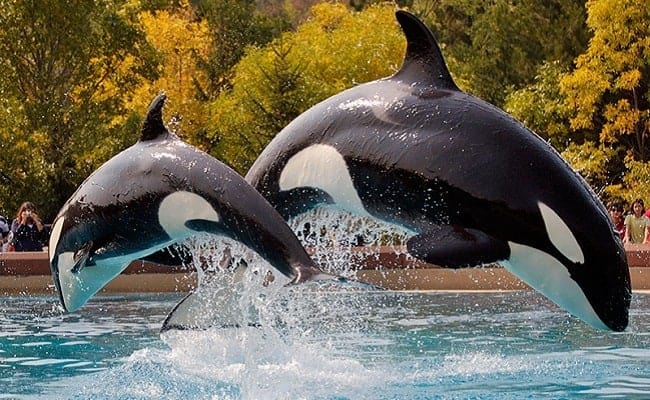 For many years, advocates have voiced their concerns about the welfare of the captive animals at Marineland in Niagara Falls, Ontario.

In November 2016, the Ontario Society for the Prevention of Cruelty to Animals (OSPCA) filed five animal cruelty charges against Marineland in regard to the theme park’s failure to provide prescribed standards of care for its bears, guinea hens and a peacock. Two months later, the OSPCA filed six additional animal cruelty charges related to the treatment of the park’s elk, red deer and fallow deer.

Marineland called the charges a “publicity campaign at the behest of a band of discredited activists with little relevant expertise or knowledge.”

All 11 animal cruelty charges were dismissed in August by the Crown in Provincial Offences Court, which said there was no “reasonable prospect” of conviction for eight of the charges and the other three were “not in the public’s interest” to pursue. But when the OSPCA conducted a surprise inspection of Marineland a week after the charges were dropped, it said it found 11 items requiring action regarding the park’s veterinarians, according to the Niagara Falls Review.

Marineland issued a statement saying the OSPCA’s inspection found “no signs of abuse, distress, mistreatment or neglect” of its animals.

Two months after the surprise inspection, Marineland has filed a $21 million lawsuit against the OSPCA on the grounds of malicious prosecution, negligent investigation, injurious falsehood, and abuse of power and process. It alleges that the animal charity “maliciously targeted the theme park in order to curry favor with animal rights activists and boost fundraising,” CBC reports.

The OSPCA’s purpose in filing the animal cruelty charges “was not the enforcement of the law,” according to Marineland’s statement of claim. “It was motivated by a series of improper objectives, including a desire to accomplish its own policy agenda, to mollify the animal activist community, to please its donors, and to effectively destroy Marineland.”

In a statement, the OSPCA said it “vehemently denies all of the allegations and will defend itself.”

MARINELAND ‘NOTORIOUS’ FOR LAWSUITS AGAINST WHISTLEBLOWERS

Marineland is “notorious for suing anyone who opposes its cruel facility,” according to In Defense of Animals, which ranked the park at No. 2 on its list of the 10 Worst Tanks for Dolphins and Whales.

In the past five years alone, Marineland has filed 10 lawsuits, including the following:

None of the lawsuits have been settled. Marineland is “leveraging the publicly funded court system in an attempt to silence any criticism they don’t like about their facility,” Garrett said in 2014.

And now Marineland wants a whopping $21 million from a charity that protects animals. Hopefully a judge will have the good sense to toss this frivolous lawsuit. There are probably 21 million better ways all that money can be used to help animals instead of putting it in Marineland’s pocket.

As if it wasn’t enough for Marineland to destroy the lives of majestic marine mammals, they’re now going after puppy and kitten shelters. https://t.co/UuFXvoG0x4

How very psychopathically Trumpian of Marineland..
Are there effective efforts to end their profiting from cruelty, persecution, and lifelong incarceration for the crime of being born into the most intelligent species in Earth’s oceans, and convincingly arguably of all earth?

I agree with Isa – I have given up hope for the human race! We are the top predator on the planet and as such, we exploit and degrade every other species, including our own. We think nothing of destroying whole eco-systems and everything contained therein, to suit our own needs. I am distressed and disgusted by humans who have no compassion towards the other life forms on this earth, and who use them solely for capital gain or amusement. We shall reap the whirlwind in that we shall destroy our home on Palent Earth and therefore ourselves!

As a child disgusted and outraged by the captivity , rather than amused at age 10 by a Marineland show, The sickening feeling of the imprisonment of animals more dependent upon freedom itself than are our sheltering species has stayed with me for a lifetime. Reading this, we can hopefully see (even though I had always taken the agnostic view of human politics) how capitalism itself operates violently toward all the life of earth. I often try to develop an apologia for the human species, but when reading this, realize that there may be neither hope nor excuse for our… Read more »