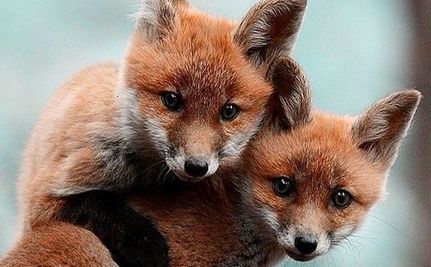 They’re like a government kill team that targets wildlife — and our tax dollars are keeping them in business. Who are they? A little-known government agency called Wildlife Services. This rogue agency spends tens of millions of taxpayer funds to kill over 100,000 defenseless wild animals every year. And right now, they’re getting away with it.

Wildlife Services, part of the Department of Agriculture, kills at the behest of big ranchers and agribusiness. Its stated mission is to “resolve conflicts” with wildlife — by using poisons, traps, aerial gunning and other brutal methods.

Tragically, their operation has wiped out more than two million wild animals since 2000. Of those, more than 50,000 were killed accidentally, including endangered species and even household pets.

But the tide is turning. The USDA’s Inspector General has signaled that she will conduct a long-overdue investigation of this out-of-control agency and its “predator control” program. That means we finally have a chance to expose this secretive and senseless attack on wildlife — and end it for good.

NRDC is mobilizing a massive public outcry to make sure the Inspector General follows through and that the Obama Administration ends the killing once and for all. We’ll also be sounding the alarm in the media and through our hard-hitting documentary, “Wild Things.”

Make no mistake: this agency is going to carry on with its wildlife killing spree unless it is held accountable and forced to stop. But that won’t happen unless hundreds of thousands of us make our voices heard right away.

Please send a message to the Inspector General and call for an immediate end to this taxpayer-funded travesty. The lives of thousands of wild animals depend on it.

protect and help save wildlife , thanks