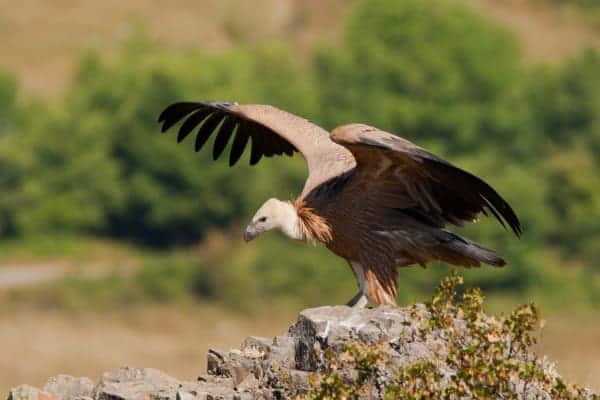 Soaring birds act as natural pest control for crops by feeding on agricultural pests such as rodents and insects. Yet throughout the Rift Valley / Red Sea region these birds are being poisoned by unsustainable agricultural practices.

To counter this, the Migratory Soaring Birds project has released its “Guidance to minimize poisoning of migratory soaring birds in the Rift Valley/Red Sea Flyway”.

Agriculture is an important sector in the Rift Valley / Red Sea region, contributing significantly to the Gross Domestic Product (GDP) and employment of several countries and generating considerable income to the rural population. For instance, Ethiopia and Sudan’s economy are based on agriculture, accounting for 41% and 40% of GDP, and 85% and 45% total employment, respectively. However, such an important industry needs to be practiced sustainably in order to benefit people, and birds, in the long term. The ecological services provided by soaring birds as part of sustainable agriculture practices are jeopardised by the excessive usage of pesticides – harmful and toxic to humans and wildlife.

Unfortunately, unsustainable agricultural expansion and intensification exerts considerable pressure on biodiversity. Poisoning from agro-chemicals is one of the most prominent threats associated to agriculture, being a significant yet avoidable cause of mortality for birds and more specifically migratory soaring birds. This issue was highlighted at the Conference of Parties to the Convention on Migratory Species held at Bergen, Norway, November 2011, and a conference resolution was adopted on “Minimising the Risk of Poisoning to Migratory Birds” (Resolution 10.26).

The newly developed guidance is divided into two useful components. The first assesses the effects of chemicals used for the protection of crops from insect, rodent pests, and quelea and for the protection of livestock from predators, as well as the treatment of livestock with veterinary pharmaceuticals. The second includes recommendations that involve communities, industry, non-governmental organisations, and governments to limit agro-chemical-based impacts on migratory soaring birds.

The drafting of this guidance received input from relevant experts and stakeholders   following a regional workshop on “Agro-chemical Poisoning and Conservation of Migratory Soaring Birds along the Rift Valley/Red Sea Flyway”. Held in April 2014 in the Federal Democratic Republic of Ethiopia, the insightful event was organized by both BirdLife International and IUCN drawing participation from Africa and the Middle East.

Guidance available to download in English here: Agro-chemical Guidance. The Guidance will soon be available in Arabic too. This article was written by Julien Jreissati for Birdlife.org