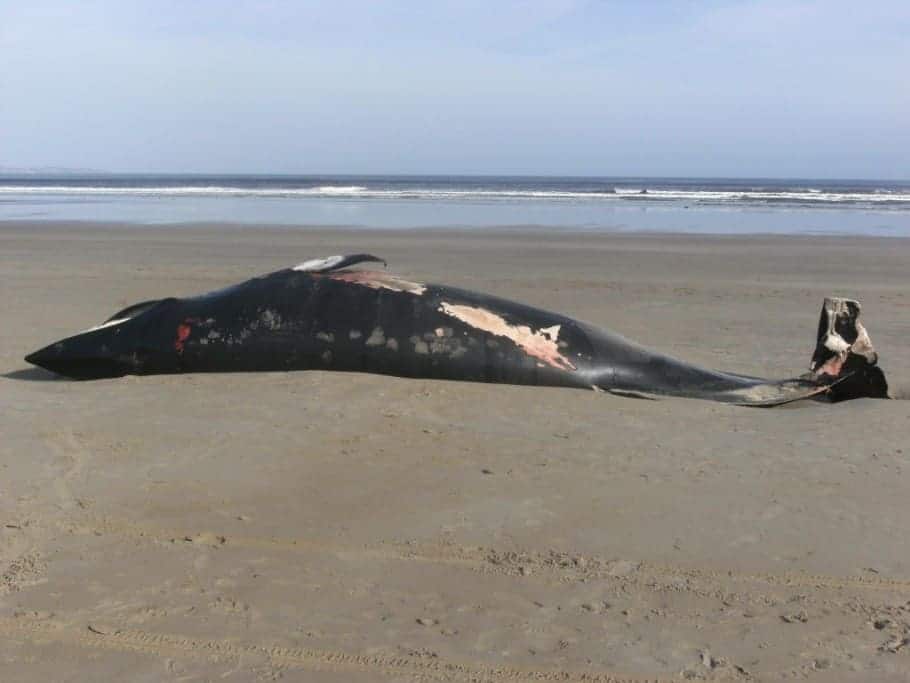 Yorkshire Wildlife Trust is again saddened to announce that yet another of nature’s giants has washed up dead on a popular local nature reserve. The Minke whale, which was initially reported on the Humber side of Spurn Point, appears to have suffered serious trauma to its side and head. Biopsies will confirm the cause of death at a later date. Minke whales are encountered throughout the year in the North Sea, both from land and on ships.

This stranding continues to mark a trial of sad endings for the North Sea’s marine mammals, following on from the stranded Sperm whale found at Skegness last month and the Sei and Fin whales found in the Humber last Autumn. Kirsten Smith, The Living Seas Manager for the North Sea Wildlife Trusts comments: ‘We are deeply saddened to again hear another of our mammals has met such a shocking end. We hope through a new partnership with the charity MARINElife, to help a greater understanding of the marine mammals found within the North Sea and the risks they face.